The Goshen College softball team was swept 6-2, 14-2 by the St. Joseph’s College Pumas in a home double-header on Tuesday. Brisk winds whipped a newly-positioned flagpole behind center field as the visiting Pumas pulled out two powerful rallies to win both games.

First-year Ashley Hackman slipped a home-run hit over the fence during the Maple Leafs’ first at bat to take a 1-0 lead, which the team would hold until the top of the fourth inning, when St. Joseph achieved a hit into the outfield to bring two on-base runners home.

This 2-1 lead would be held until the sixth inning, when sacrifices by Kelsey Morris and Ashley Hasbrouck, both Goshen first-years, pushed Hackman to third and a Saint Joseph’s error on a hit by Sierra Van De Keere, a Maple Leaf junior, brought Hackman home.

The teams were tied going into the top of the seventh inning, but Saint Joseph’s quickly took back the lead after a walk, a sacrifice, and a Puma hit down the right line pushed a player home, bringing the score to 3-2. A double by Brittnie Boerema, a St. Joseph’s sophomore, then brought first year Kristen Paris home, bringing the Puma lead to 4-2. Rachel Weaver, a Puma sophomore, solidified this lead further by hammering out a two run home run to bring Boerema home and push St. Joseph’s up 6-2. A powerful Puma defense prevented a Maple Leaf comeback in the bottom of the inning with three quick outs.

Two more home double headers will close out the week for the team, which faces conference rival Bethel College on Thursday, March 25, at 3 p.m., and Rochester College on Friday, March 26, at 3 p.m. 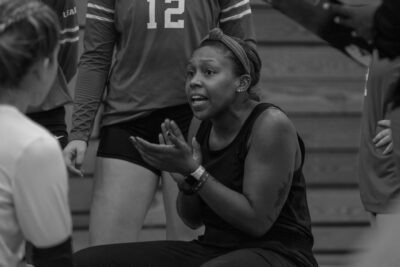