I am not black, I am not white. I am coffee with two cups of cream. 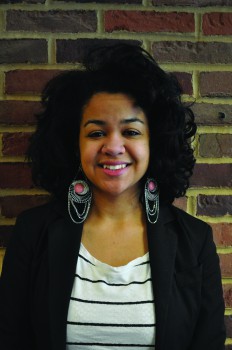 My mom told me once about a theory she heard about skin colors. She heard that all skin was coffee, and that different shades of skin could all be defined by the specific amount of cream that was added to the coffee. I wasn’t very young when she disclosed this theory to me, as if it was some kind of secret to solving racism, but I also didn’t understand that she was absolutely right. It is the key to racism.

I really had to think about it. What was it about this theory that just put my mother at ease?

First, it simplified a complex concept: What is race? How can we look at peoples’ skin tone and determine that yes, in fact, they are Indonesian, or yes, I’m pretty sure that they’re part black, part white. The theory adds coffee and takes out nationality, religious affiliation, first glance guesses and quizzical brows. It turns something that is portrayed as a real biological inevitability into something that is inanimate and harmless, unless spilled down the front of your shirt.

Second, it’s child-friendly. Children don’t understand the concept of race. They know that someone looks different than they do, but it is the adults who teach them that black is black and white is white. But if her mommy is black and her daddy is white, then why isn’t she gray? And yes, they will ask that question because they have been mixing colors in art class and black and white definitely do not make tan. Why aren’t we teaching our children this coffee concept? It’s simple. Well, honey, look at this cup of coffee. It looks like Daddy, right? Now when I add a little bit of cream, who does my coffee look like? That’s right, me. No other unnecessarily critical additives.

Third was the fact that the more I thought about it, the more I realized that the concept of race was not made to make sense at all. No one really understands it. But everybody uses it. My freshman year here at Goshen College, I took Racial and Cultural Identities as my colloquium. I thought, oh, this class will be so enlightening, so enriching. Actually, it just made me more confused. So the concept of race isn’t biological, but we still use facial features and mannerisms to determine that someone is from Nigeria or Nicaragua. And black and white isn’t just an American concept, it’s actually everywhere; and black is always bad and white is always good. Someone who is black is actually brown, but still they’re labeled as black. So now write a five-page paper on what race is. A five-page paper? I’ll give it to you in a sentence.

Race is the most powerful, manipulative, dangerous and disgusting thing to ever come into existence.

And that is as much anger as I will allow myself to spill because acknowledging race only fuels the fire that is racism. It is a waste of time to be angry about something that no one can ever understand.