Anne McCue to return to Goshen at Ignition Music 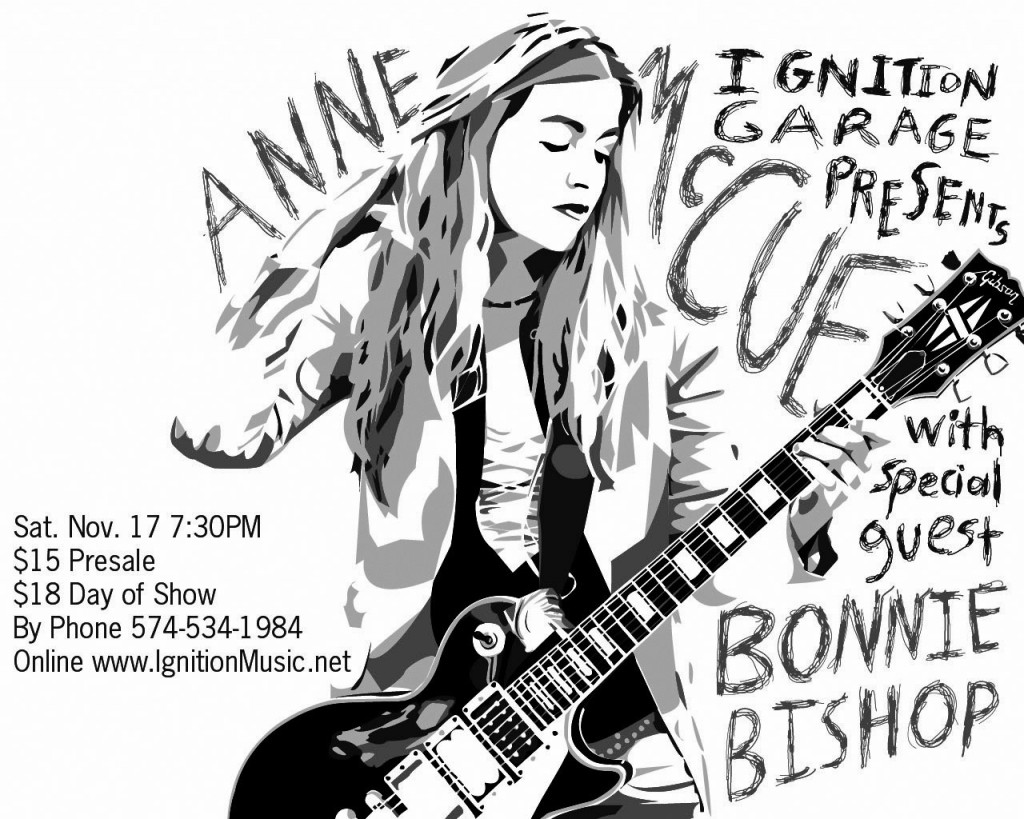 Anne McCue describes her music, as “a bit dirty, a bit rockin’, a bit swampy and a bit bluesy, with a touch of mysteriousness to it.” What isn’t mysterious is McCue’s musical talent and range. She was voted the Roots Music Association’s Folk Artist of the Year in 2008, and was included in the Four Decades of Folk Rock box set alongside of Bob Dylan and Wilco. She has played in concert halls all over the world including the Sydney Opera House Americana icon Lucinda Williams had this to say: “Initially, her stunning voice hooked me in. Then I got inside the songs. The first chance I got, I went to see her perform . . . I was floored! The combination of her tomboyish beauty mixed with the precision and assertiveness with which she approached the guitar, her surrounding languid and earthy vocals created an intoxicating blend.” Anne is in the studio working on her eighth solo album. She returns to Goshen after performing at First Fridays in June. Her local rhythm section “my boys from Goshen” feature Joel Jimenez on bass and Andrew Hauser on drums.

Opening the show at 7:30 is Nashville singer songwriter, Bonnie Bishop.

Tickets are $15 pre-sale, or $18 day of show. You can purchase tickets for both shows at Better World Books or by

calling 574-534-1984. You can purchase online and become a member at www.ignitionmusic.net