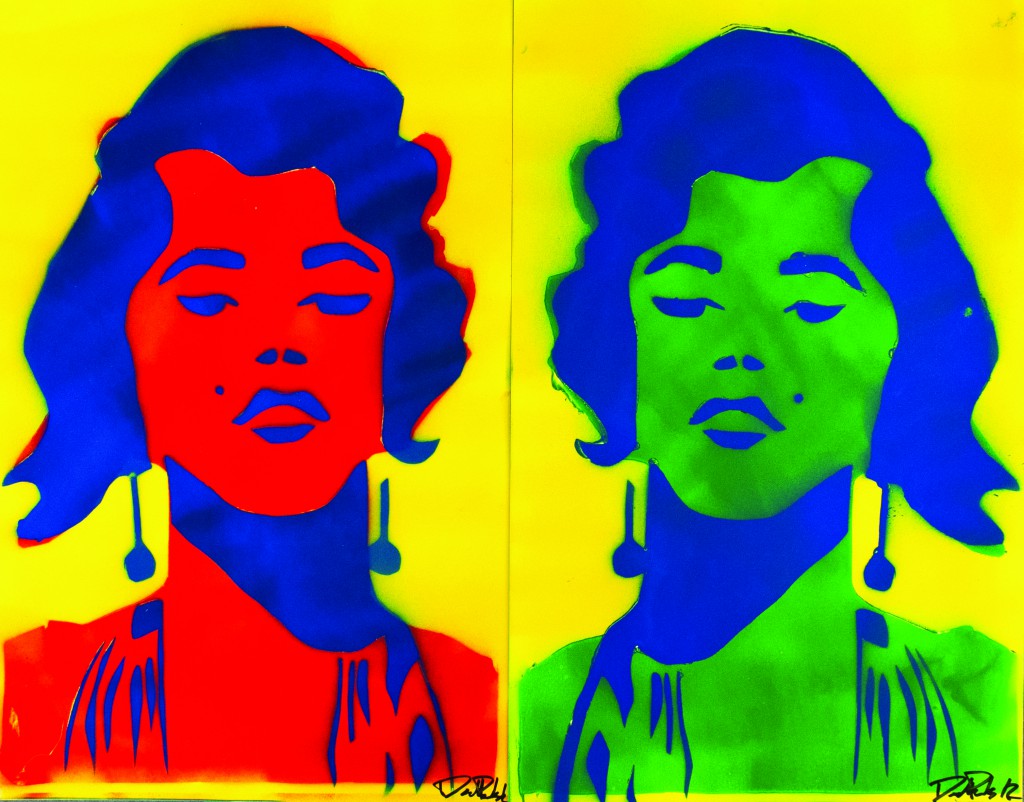 The popping color and dramatic lines of homemade stencils that litter the floor of David Pauls’ dorm room provide sharp contrast to the man himself. Pauls, a first-year, is all worn-flannel and soft voice. Pauls doesn’t need to be loud because his passion for art speaks for itself.

Even though Pauls has been creating his own art for the past two years, he is at first shy to call himself an artist. After warming up to the idea, he stated that “an artist is someone whose art is more than just a hobby,” which for Pauls is true.

Pauls’ favorite medium is currently spray painting, though he admits that could be because he recently started using it and the medium is still new to him.  He previously experimented with photography and other forms of graphic art. His dream is to someday work with printing. He sees the control of printing as appealing, especially when compared to the chaos and lack of control involved with spray painting.

Pauls’ enthusiasm about graphic, pop, impressionistic and street art inspires his work. Frank Shepard Fairey, best known for designing the Obama “Hope” poster back in 2008, is singled out by Pauls as an artist with a compelling vision that motivates him.  Pauls would classify his own style as pop art.

While Pauls’ work is original, he doesn’t cater to a particular audience. He hopes his art can appeal to the masses; that every person can find something in his work, something that makes them think, or perhaps just pause to look a little longer, drawn in by the vibrant colors.

As a college student, Pauls faces numerous obstacles that hamper his artistic process. Pauls identified  his two largest obstacles as money and resources. When asked to name the favorites of his pieces, Pauls replies “I have never been completely happy with anything I have created and that is what keeps me going.”

While he hopes one day to inspire through his work, he doesn’t feel he is at that place yet. For Pauls, the purpose of his art is simply to allow him to view the world in other ways.  Creativity is really “exploring and freedom,” explains Pauls.  And after looking at Pauls’ work, one feels that same sense of exploration.