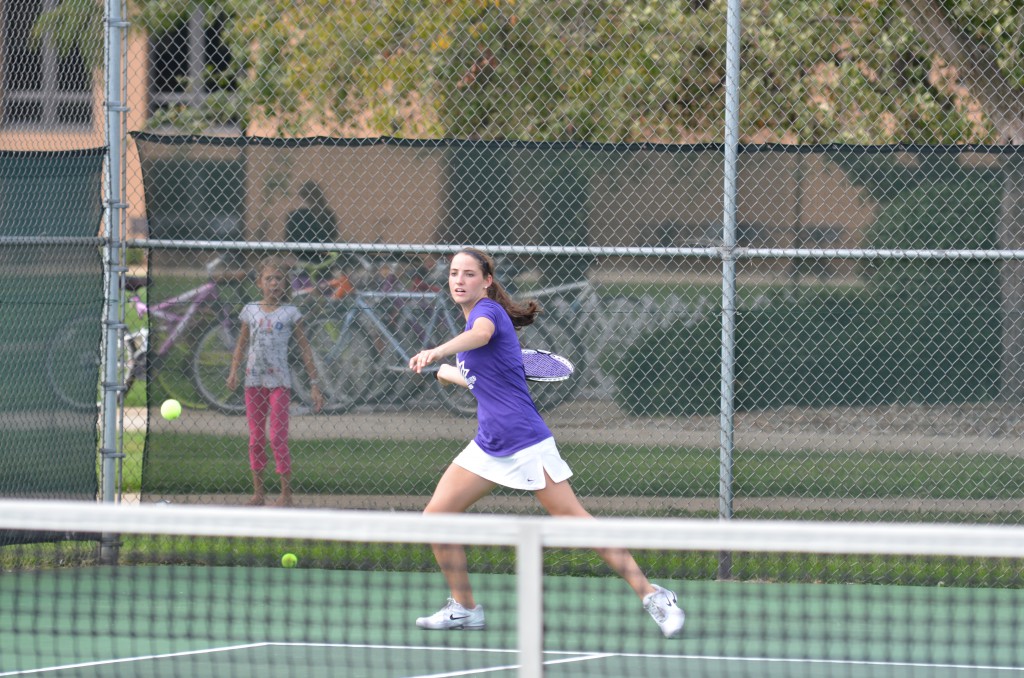 The Goshen College Women’s Tennis team was back in action Tuesday, as the Maple Leafs lost to Crossroads conference rival, Bethel College, by a final of 8-1.

The Maple Leafs fought hard during each game but the Pilots ultimately triumphed over the Leafs.

Nikita Zook, a senior, was the only victorious Maple Leaf Tuesday night, beating out Bethel’s number three singles player Melissa Ramer by a set score of 6-4, 7-5. Anika Baumgartner, a sophomore, had the toughest matchup of the night with the Pilots number one singles player, Molly O’Grady, who is considered one of the best players in the Crossroads League.

With this loss to Bethel, the Maple Leafs are officially knocked out of the Crossroads League Team Tournament and fall to 0-10 in the year.