Goshen College near the top in national rankings 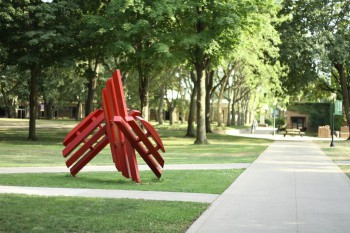 U.S. News & World Report placed Goshen College as 140th out of 239 national liberal arts colleges in their “Best Colleges” rankings. GC placed 146th out of 254 liberal arts colleges on the list published in Washington Monthly. Forbes ranked GC 388th on their list of the 650 best institutions in the country, which were selected out of the more than 4,000 U.S. colleges and universities. The college was also named a “College of Distinction” by the Colleges of Distinction guide.

All of the ranking systems have their own criteria for selection, which can be found on the Goshen College news release posted at www.goshen.edu

James Townsend, VP for enrollment and marketing, explained the importance these rankings have on the incoming student population.

Townsend also explained that the same data used to rank colleges is often looked at by post-graduate institutions when considering student applications.

Though the ratings are a positive reflection of the college’s success, Townsend hopes it may ultimately depend on how a prospective student feels when visiting.

“They’ll see who we are,” Townsend said, “and in the end they’ll say ‘Well, I don’t care where you rank, you are the school for me.’”