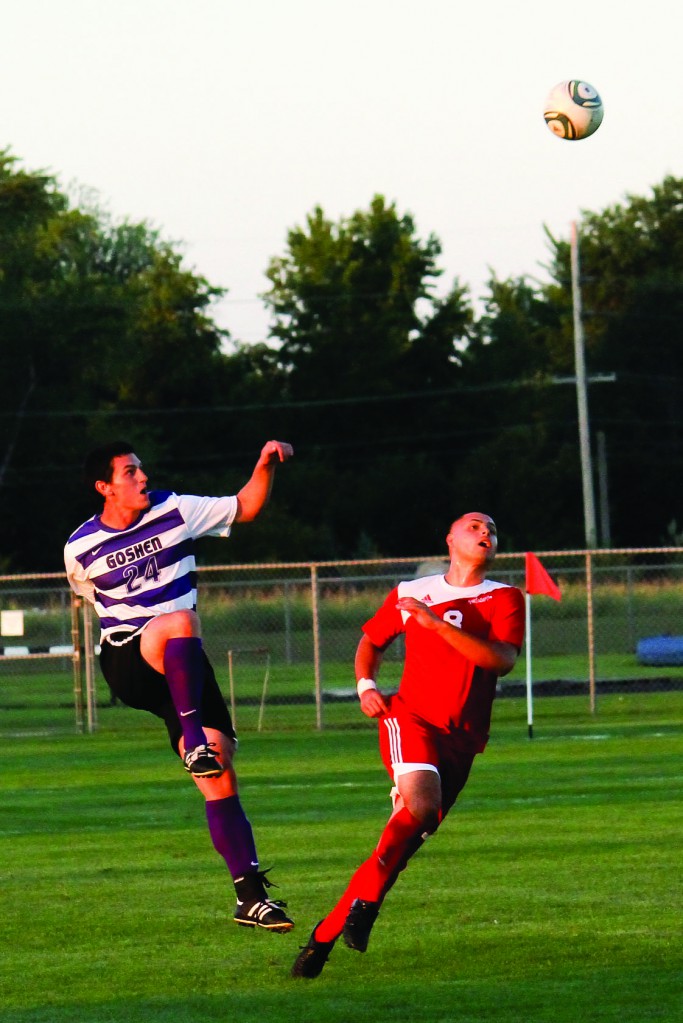 The Maple Leaf game against No. 17 Saint Xavier University ended in victory last Thursday. The Maple Leafs started strong by only narrowly missing a number of early opportunities. The Leafs finally found success in the 26th minute when junior forward Jacob Yoder received a pass from sophomore Caleb Longenecker and scored the lone goal of the match.

Goshen’s strength continued throughout the game as the visiting Cougars struggled for quality possessions. Saint Xavier nearly evened the score, however, by sending a long ball into the back of the net mere seconds after time ran out.

Goshen College’s impressive win was followed by a pair of home losses to Michigan schools: 3-1 to Aquinas College on Saturday and 3-2 to Cornerstone University on Wednesday. The loss brings their record to 2-2, a solid starting point in a season with high expectations despite early tribulations.

As a junior, Alejandro Davalos helped lead last year’s Maple Leafs to a successful season highlighted by a victory over rival Bethel College. But Davalos’s return this year as a senior and leader for the team was derailed by kidney problems that will likely keep him out for the season.

Goshen’s season continues this Saturday against Lawrence Technological University at home at 7 p.m.