Christian urban leader to speak on peace and justice 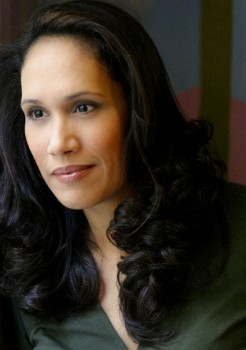 Alexie Torres-Flemming, a peace activist and urban leader from the South Bronx, will lead two chapels on Sept. 23 and 25. Photo provided by Public Relations.

Alexie Torres-Fleming, Christian speaker and urban leader, will be on campus Sept. 23-25.  Fleming will speak in two chapels and interact with students and faculty in a variety of activities on campus.

Torres-Fleming is the founder and executive director of Youth Ministries for Peace and Justice and the recipient of the 2008 Jane Jacobs Medal for New Ideas and Activism.

Youth Ministries for Peace and Justice is based in the South Bronx and was founded in 1994.  According to their website, their goal is “the leadership development and formation of young people for a life of peace and justice…and molding [young] leaders who are capable of leading change here and in the world.”

Torres-Fleming grew up in the South Bronx and experienced the arson epidemic during the late 60s and early 70s as a little girl.  “I was too little to understand things like ‘planned shrinkage,’ ‘urban renewal,’ ‘disinvestment’ and ‘white flight’ back then,” she said.  “All I knew is that they were frightening and tumultuous times for me and all of the children of the South Bronx.”

During her adolescent years, the Catholic Church served as a place of refuge for her.  After Torres-Fleming participated in an anti-drug march with other members of her church in 1992, a group of drug-dealers retaliated by torching and vandalizing her church.

Not wanting to be defeated, Torres-Fleming marched again.  This time, she saw all of the people marching along with her, people that the world would consider powerless.  She then understood what true power was.

She said, “It was there, God said to me, in his children from the center to the margins coming together, not just hoping for miracles of praying for change, but making it manifest by the power of our will and the courage to stand up and do something.”

Youth Ministries for Peace and Justice was born on that day.

Bob Yoder, campus pastor, said, “Clearly, Alexie has worked at making peace in her Bronx community through her ministry.  She has been doing what we are striving to do with our [chapel] theme, so it will be good to listen to a voice of experience.”