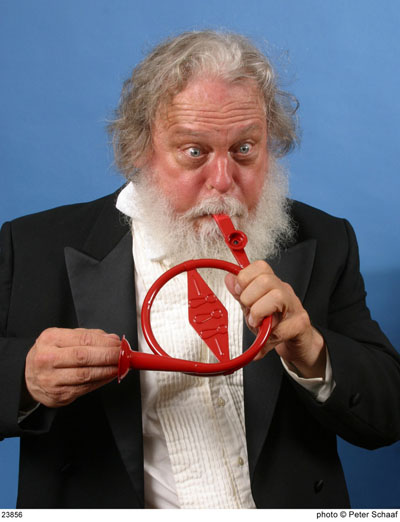 Peter Shickele is one of the performers for the next season of the Music Center's Performing Art's Series. Photo courtesy of Public Relations.

When the audience rises for its customary ovation on March 30, 2010, it will conclude a 2009-2010 Performing Arts Series featuring the most prestigious lineup of artists the series has ever seen.

Sauder Concert Hall has been attracting top international recording artists with its world-class acoustics ever since its 2002 opening, but it has never seen such the star-studded lineup as the one announced on Tuesday.

The slated group of performers has combined to receive over 30 Grammy awards. Seven of the eight total acts have been honored, many of them on multiple occasions.

The season will begin on September 19 with Doc Severinsen and El Ritmo de la Vida. Severinsen, best known as the former bandleader for “The Tonight Show with Johnny Carson,” will present a mix of traditional Spanish music and jazz with the Ritmo trio.

Legendary banjo player Bela Fleck will headline the second concert of the year on October 16, playing alongside string bass virtuoso Edgar Meyer and Zakir Hussain, one of the world’s most recognized percussionists, on the Indian tabla drum.

For the first time in Performing Arts Series history, a recognized rock ‘n’ roll act will heat up the Sauder stage when Los Lobos comes to town on November 21.

A cure for the long winter blues will never be far away in 2010. The concert series will only be halfway through when Peter Schickele, best known for creating the comedic character P.D.Q. Bach, entertains the crowd on January 24.

February will bring bluegrass legends Ralph Stanley and the Clinch Mountain Boys, recently of “O Brother, Where Art Thou” fame, to Sauder Concert Hall, on February 5, followed by the Julliard String Quartet, who the Los Angeles Times called “the standard by which all other quartets must be judged,” on February 19.

Irish music extraordinaires, The Chieftains, are slated to play on March 5, and the season will conclude on March 30 with the African Children’s Choir, a group of needy children selected from across the continent to perform around the world together.

Season tickets, which begin at $115 for the basic six-show plan, go on sale to the public on April 27. Any remaining individual concert tickets will go on sale in August. Tickets can be reserved by mail, phone or fax as well as by visiting the Welcome Center located in the Union lobby.