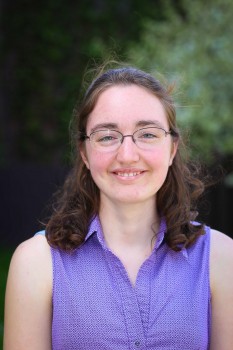 This past summer, I got a chance to spend time in Palestine-Israel. I took a May term class with Eastern Mennonite Seminary, and then I spent nine weeks volunteering for Sabeel, an ecumenical Palestinian Christian liberation theology center in East Jerusalem. I decided to go because I’d heard a lot about Palestine from Palestinian friends as well as fellow church members, and I became interested in learning more and considering whether some sort of service there with an organization like Christian Peacemaker Teams or Mennonite Central Committee was something I wanted to do in the future.

Honestly, I’m still thinking about this summer and figuring out exactly what I learned from it, a feeling surely familiar to people who’ve been on SST. I often haven’t quite known what to say when people ask me about my summer. One thing I do already know is that I’m very glad I went because I learned a lot and made many great new friends.

I showed up thinking of myself as already fairly educated about the situation in Palestine, but throughout the summer I never stopped experiencing things that surprised me. Knowing about something is very different than actually seeing it.

Just as knowing is different than seeing, observing is different than experiencing oppression, and I didn’t. Everywhere I went, I was definitely treated as an American, which meant less scrutiny by soldiers and police, as well as access to anywhere I wanted to go. Sometimes talking about how surprising it was to see these things felt weird because it’s only surprising since I was fortunate enough to grow up in a context where things like that never happened to me. On the other hand, being shocked seems like one very small way of questioning the worldview that assumes those things are normal and right.

On a tour of a kibbutz in Galilee, I remember our Jewish-Israeli tour guide telling us that while he didn’t think it was right, Palestinians, even if they have Israeli citizenship, aren’t allowed to hold many of the jobs in the kibbutz. He thought that was just the way it had to be because it was the preference of the hotel’s clients. I think in that situation, it would have been better if he could have stepped back from his society’s ideas about what is within the range of acceptable behavior and been a little more shocked.

Of course, there were good things, too. I’m very grateful to the people who befriended me and fed me delicious meals and showed me around. One of my favorite parts of the summer was eating lunch every weekday with my coworkers and talking and joking with them.

I even got to attend the wedding of Ranan, the administrative assistant and ended up dancing with her mom and aunts. Another fun event was when my host mom took me to iftar (breaking the fast during Ramadan) at one of her friend’s house. I noticed that even when you don’t understand what people are saying, you can still feel welcome, though most people I met could speak English.

My experiences this summer reminded me again of the importance of relationships. Humans care about issues that affect people we care about. Obviously, this is as true in our own communities as it is around the world.

Although plenty of Americans go to “the Holy Land,” very few meet and interact with Palestinians – most of us only see religious and historical sites. I say this not because I think I’m somehow morally superior for doing this, but because I’m grateful for the unique opportunity I had, an opportunity made possible largely by connections of people I know and the context I’m from.

At this point, I definitely have more questions than answers about what exactly I learned from my experiences and from the people I met, and especially about how what I learned will impact my life in the future. I’m looking forward to thinking about it more and seeing how I reflect on this summer in the future – six months, a year, five years from now. Most of all, I hope that I do keep thinking about it.