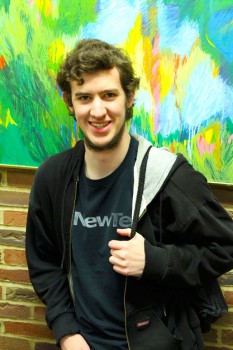 One early morning in April, my high school Media Club and I were buzzing with excitement on the school bus. We were on our way to Liberty High School, which was a good 30-minute drive away from our school, Centennial High. Out of the 15 of us, only two were in sports, so we weren’t very used to going to other schools in the district for the sake of competition.

But once a year, our Media Club got to travel to a different high school in the Peoria Unified School District to attend and participate in the annual PUSD Film Festival.

The film festival was like our state championship. It was something that every Media Club in the district worked towards all year. It invites every high school in the district to compete in 13 different categories of film. These categories included the compelling Spot Feature, the dazzling Kinetic Typography and the most popular of all, Short Film.

Each year, a different high school hosted the film festival, and that school gets to change or adjust the rules, adding elements of fun and surprise. Traditionally, this meant that the host school would choose a theme for the festival and then dress up the festival packet (the official rules) to match the theme.

These new rules could often be both fun and challenging. Whenever I opened a festival packet for the first time, it felt like Christmas. There were so many possibilities.

Would this year’s theme be a cool one? What kind of guidelines would there be for the Short Film category? Would inspiration for video ideas come instantly or in a few weeks? But this year, unfortunately, Liberty’s festival packet was crap.

If I weren’t raised the way that I was, Liberty’s packet would have made me swear out loud. When I held the packet for the first time, I saw that Liberty had decided to give this year’s festival an apocalypse theme.

To put it lightly, Liberty spat in the faces of those who use the festival as an outlet for their non-fiction or news-reporting passion.While nobody in my media class shared my exact level of distaste, it was clear that no one liked the direction Liberty was taking. My teacher said, “With these changes, there’s basically no difference between the Documentary and Short Film categories,” and we all nodded our heads in agreement.

The packet was a hot mess, and we were unsure what to make of it. What do you do when the work you make in class for the next year is supposed to reflect something this broken?

Then, inspiration struck! What if I could tell Liberty how upset I was about their film festival packet, while also beating them at their own game? What if I could make a video that allowed me to vent my frustrations and still be good enough to win an award? If I could pull it off, it would be a classic two birds with one stone situation.

The mockumentary category was the key. Its format would allow me to tell a fictional story as if it were true. It would also allow me to use fake interviews; so I could have people on screen literally say what I’m thinking as if it was what someone else was really thinking. Best of all, because the video was supposed to have an apocalyptic theme, the story could be as ridiculous and over the top as I wanted.

From December to March, I worked on a short film that eventually came to be known as “The Fall of Minds.” I wrote the script, and I had a reliable team of three working by my side.

The story of the film centered on the 2014 PUSD Film Festival. In the film, Liberty had sent out the festival packet in November, when traditionally it is produced and sent out in September.

But there was another problem, as pointed out in the mockumentary; the packet was so restrictive with its new rules and categorical changes that no student could fully express themselves.

Without a proper outlet for their creativity, it began to build up in their minds until their brains reached capacity. This gave birth to an illness known as “Liberty’s Disease”, which deprived people of their humanity!

Long story short, my team and I won the Mockumentary category. We knew it was good, but we were surprised and humbled to learn it was worth of first prize.

What I took from all this is that it is possible to do something productive with anger. The old adage is that you ought to try to make lemonade out of lemons, but I would add to that and say that you should give that lemonade to whomever gave you the lemons in the first place.

Make the best lemonade you can and then share it with everyone you know so that years later, you can look back on the lemonade you made and say “that was some dang good lemonade.”