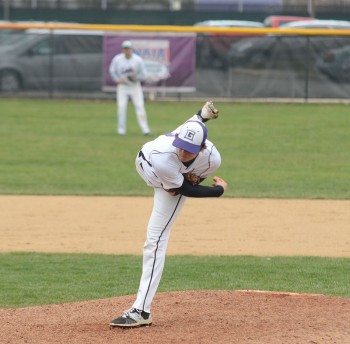 On Tuesday, the Goshen College Baseball team traveled to Fort Wayne to play the Mastodons of Indiana-Purdue University-Fort Wayne, falling 10-2.

The Maple Leafs got off to fast start, scoring the game’s opening run in the top of the first when Mike Namisnak, junior, had an RBI (run batted in) that allowed Brad Stoltzfus, sophomore, to score, giving Goshen a 1-0 lead.

Goshen would score again in the top of the seventh when Vincent Caschera, junior, singled home Preston Carr, junior, to make it a 10-2 game. Goshen was unable to produce any more runs, as the Mastodons kept the Maple Leafs off the bases and off the board over the final two innings to take a 10-2 victory. The Leafs were unable to string hits together, recording only a pair of multi-hit innings across nine innings of play, and left a total of 12 runners on base while striking out eight times as a team.

Offensively Goshen was led by Stoltzfus who recorded a team-high two hits. Caschera and Namisnak recorded an RBI apiece and Stoltzfus, Caschera and Carr were each walked once.

With the loss, the Maple Leaf record drops to 10-20 (2-2 conference) on the season. Goshen is in action again on Thursday afternoon when they will host the Bethel College Pilots in a doubleheader. The first pitch is scheduled for 2:00 p.m.