Transferred: the importance of community 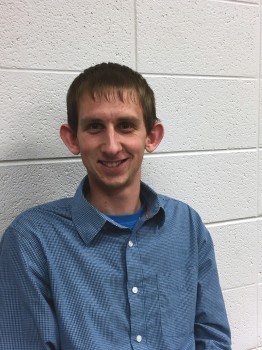 Michael Oyer reflects on his experience as a transfer student.
Photo by Lynelle Leinbach

Transferring. Nobody wants to do it, but many people end up doing it. People transfer colleges for a variety of reasons. Some change majors and decide it’s best to leave, others may have a bad experience and still others may not have gone to a four-year school to begin with.

Each transfer student has his or her own story. This is my story. In no way am I attempting to speak for anyone else or their experience—only my own.

After graduating from Hesston College, I continued my education at the University of Kansas where I began studying atmospheric science, also known as meteorology. That was my lifelong passion.

But it didn’t feel right. I didn’t want to spend two more years studying the thermodynamics of a theoretical particle of air. (What does that even mean? Kudos to you, science and math geniuses). So, after one semester, I transferred again.

This time, I was looking for another home. A place where I would fit in and know people. I desired to be in class with people who understood me and potentially participate in a team sport: tennis. If you notice a theme here, you are on to something. I needed people. I chose KU because of a major; I chose Goshen because of the people and the community.

This transfer seemed like it should go smoothly. Between most of my Hesston College friends that had transferred to Goshen the previous August, friends who had worked at Camp Friedenswald and other random Mennonite connections, I felt I should fit right in.

One of the biggest difficulties of assimilating into the Goshen College student community was that I already had a set group of friends here, from Hesston and Friedenswald, as did all the students that had been here three or four years together at Goshen.

There is no one to blame for this; rather, I deem it natural. Groups are formed at schools, new people show up and the transfers either stick to friends they already had or wander around hardly knowing anyone, depending on their situation and connections to the school.

There are disappointments in the transfer process that others and I have experienced. Sometimes friends are not easy to come by. Other times nobody seems to say hello or ask you how you are doing on the sidewalk. Other transfers have voiced how lonely weekends can be when you are studying on Friday night because you have nothing better to do.

One example of an uncomfortable feeling I had on campus that surprised me took place one of my first weeks on campus.

One of the friendliest guys I had ever met greeted me one day, as if we had been friends for a long time. We became friends, but I felt like I constantly heard people talking poorly about him behind his back. Eventually it became clear he did not share similar views as most people on campus. Hearing him get ridiculed for having his own beliefs gave me a sad first impression of Goshen due to what seemed like a lack of respect for difference in opinions. We all come with different backgrounds and experiences; this should be a very positive aspect of this campus.

Nevertheless, it didn’t take long before I made a realization. Goshen has an amazing community of students. All it takes is for the transfer student to put in that initial effort of asking to join in on an activity, like an intramural team or any other activity that’s happening.

The Goshen College community gave me another family. I feel at home because you all reached out to me and became my friends. Some of my best friends that I have now I had not met before arriving here. I was able to relate even if I didn’t completely agree with every detail you did.

You started inviting me to participate in things and started to allow me to be heard when I wanted to be heard. It may not have been immediately, and it may not have always been perfect and easy, but it happened.

Now, how can we make others have
successful transfer experiences?

We all know that nobody enjoys being excluded. We have the choice to include or exclude people. These are things we can control. I am guilty of exclusion myself; this article is a reminder for me as much as it is for you. But think about someone on this campus who doesn’t have those close friends.

Go ahead, actually do it. Who comes to mind?

Try to come up with people who you think may feel lonely or excluded by something or someone. I challenge you to intentionally seek these people out and invite them to something. It could be simply asking them to join you at the Rott.

Maybe you don’t feel the desire to invite them to do something. Ask them how they are doing periodically—it’s the least we can do. Trust me, it very well could change their entire perception of this campus. Sometimes we forget the power each of us holds in our ability to communicate simple words with others.

After more than two years on this campus, I feel very welcome here. We all need to look for ways to encourage new students and help them feel welcome on this campus as they start anew.