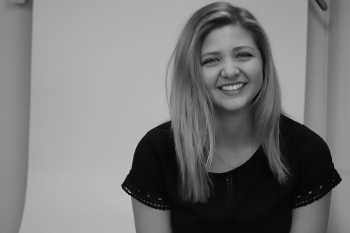 Suicide is not a swear word.     However, people are treating it as one. If the discussion of suicide makes you uncomfortable, then I urge you to ask yourself, “am I contributing to society’s mental health stigma?”

This negative stigma is isolating those with chemical imbalances from society. In fact, just speaking about suicide in public is enough to create the most awkward silences.

But suicide is not a swear word. Suicide is prevalent, and it needs to be discussed freely.

Additionally, depression affects a quarter of the population. One out of four of your friends is depressed. One in 12 college students have developed a plan to kill themselves and 1,000 students see those plans to completion each year.

Only half of these individuals ever find treatment, and if left untreated this chemical imbalance can lead to battles within themselves that can be hard for others to comprehend. It’s difficult to understand the calamity of a pressing a blade on one’s skin. Or, the relief when their skin splits in two, revealing the blood that carries their shame, guilt and regret.

Depression is a battle. You either win, or die trying.

If this is difficult for you to comprehend, congratulations. You should be so happy if you don’t understand how someone can take a knife to their wrists and calmly watch their own blood fall to the floor. I hope you never feel the relief of swallowing a handful of pills or the contentment of starvation. It may scare you, but it’s their reality—it’s normal. Be grateful that these things are not something you struggle with on a daily basis. However, it is im-portant to not be ignorant and insensitive.

Depression can’t be ignored. How many more individuals do we have to lose before we start talking? If you are living on a college campus, there’s a strong chance many of your friends, roommates or classmates are battling depression, self harm or suicidal ideation.

I was 18 when I finally shared my fight with depression with one of my peers. The first thing they said to me was “I can’t be your savior.” I remember walking away from that conversation feeling defeated. I had never asked for anyone to save me, yet this young man stood in front of me, saying to my face that he chose the comfort of ignorance over me. He implied that friendship could only exist for him if my depression did not.

On the opposite end of the spectrum, some people don’t react at all. They walk away. It’s understandable to be scared, but don’t leave them on their own. You have more respon-sibility than that.

Research shows that often less than 10 minutes’ time passes between the first thought of suicide and an attempt. No matter how much studying you have, no matter what plans you intended to have for yourself, you have 10 minutes to spare. Their life is worth it.

Suicide is not a swear word. We must speak about it freely. We must stand up for those fighting. We must acknowledge their cries for help. I don’t want ‘I told you so’ to be written on their gravestones. I don’t want them to think that they never screamed loud enough.

There is so much more to these individuals. Don’t be sidetracked by their depression.

As a junior in college, I started losing my 7-year battle with depression and began fighting suicidal ideation. I have my life to thank to  fellow Goshen College students who interfered with my attempts. The administration at Goshen College, however, were not as understanding. They requested I be removed from campus.

I can say without a shadow of a doubt that if I would have succumbed to their re-quest, I would be dead.

I would have committed suicide based on a college’s decision to protect the student body from a suicidal individual, rather than to do what was in my best interest.

Their ignorance is what makes me wish more people would say the s-word.

If you would like to better understand mental illness or to learn skills for approaching individ-uals who are at high risk of suicide, you can visit the The American Foundation for Suicide Preven-tion’s website.

Because if anything is going to change, we must start talking. We must use the S word.