There is pain in silence 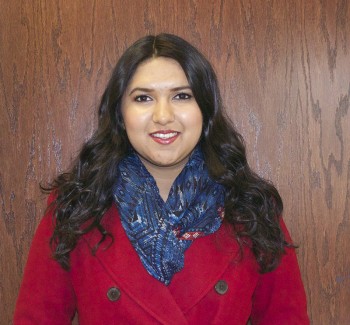 Due to the recent events that have been going on nationally and on campus, I was dreading MLK day.

Not that I do not respect the man, but because we use his day celebrate that we are now a “post-racial society.” The whole notion of this is so problematic, especially for African Americans and other marginalized groups in our country.

It can be so easy for us to celebrate Martin Luther King and even watch “Selma” believing the lie that we are so much better than what we once were as a country.

We can post quotes and pictures on social media accounts about MLK, but the second someone mentions the Black Lives Matter movement, people start rolling their eyes and even start saying the ridiculous phrase “All lives matter!” (Yes, all lives SHOULD matter, but some are more valued more than others). I really was not looking forward to seeing the hypocrisy all around me.

However, when I was approached by Kendra Yoder and Malcolm Stovall to help with the town hall meeting, I eagerly said yes.

I wanted to have an honest conversation on campus about race, and I wanted these talks to become a monthly event instead of just doing them on national holidays.

In the past, GC as a whole has made it quite easy to sort of “sweep things under the rug,” and not talk about issues as they happen. Malcolm and I wanted to bring these issues to light, but in a safe environment.

The issue with having these talks about racism on campus is that everyone is uncomfortable.

People of color are afraid that someone will say something offensive, while white people are afraid of saying all of the wrong things, and be attacked for it.

These are legitimate fears for both sides of this issue. At the town hall meeting however, all of those involved were able to sit and speak honestly and calmly as they felt. Nobody was super uncomfortable, and nobody got upset. I am by no means saying that these talks will always be this way, but talking things out is always better than staying silent on the issue.

It does not make the issue of racism go away by staying silent. The point is to create a call to action.

Letting others making racist comments and not doing anything is not helping either. No one is truly free until we are all free. Privilege needs to be acknowledged before anything can be done and changed. We need to empathize with the struggles the people of color face in this country.

As a Xicana, I know these struggles all too well, but the fact of the matter is that I will never be as discriminated against as much as African Americans are.

I will not stand by and be silent, I will not allow others to speak in such a disrespectful way about them either.

Until my black brothers and sisters can go out without the fear of being shot by police.

Until African Americans finally are able to be respected as much as their culture is in this country, I will not feel at ease. Please stand with your fellow students of color, we need you now more than ever.