A breakdown in communications 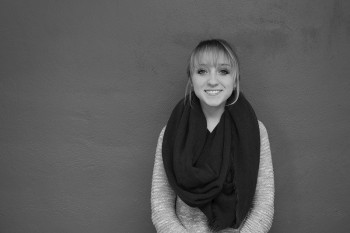 At After Hour on November 20, Ebony Stewart, a sex-ed teacher and slam poet, invited the audience to write their questions pertaining to sex education on slips of paper and then place them in a container. She pulled each slip out and read them, one at a time, to the audience, responding to each question.

On one slip a student asked whether “window shopping” was inappropriate when already in a relationship. By this, the student apparently meant looking at and being attracted to others’ bodies while being in a committed relationship.

Stewart said that a more appropriate way of conveying the idea might have been “Is it OK to find myself attracted to others even though I am in a committed relationship?” The slightly offensive language was corrected, and the question answered.

At the end of the event, one of the event leaders thanked everyone for coming and also made a point to put down whoever had written the question about “window shopping,” saying, in essence, that women are not objects—a point that had already been addressed.

Was it necessary to point out, again, that the question could be perceived as sexist? Should we demonize people for their words if it seems clear that there was no intention to cause harm?

We are reaching towards a more politically correct and culturally aware era. As a society, we have become more sensitive towards race, sex and gender-identity and our language exemplifies this shift. In efforts to become all-inclusive, we have chosen to categorize stereotypes and generalizations as almost sinful in nature. These are good intentions.

But, I ask you to consider the possibility of a society that has perhaps been prodded into being hyper-sensitive to the point of a heightened passivity, hindering our ability to communicate on a truly open level.

Words hold a lot of power, and it is because of this that we are taught to choose our words wisely and be aware of how they represent ourselves as well as what effect they will have on others. Think before you speak. This is wise when trying to mold your words into the most articulate and clear representation of thought as possible.

It is not helpful, however, when open communication does not occur because we are so completely preoccupied by attempting to be perfectly precise in our language lest we are attacked due to perceived insensitivity on our part. So preoccupied by the risk of saying something offensive, and being attacked for it, that we feel we cannot engage in honest dialogue.

Attacked may seem like a harsh term, but people seem to be always on the prowl for a slip-up.

Let’s move large-scale. How do we end racism in America? This is not an easy question and not one that I myself am about to tackle. But it is a question that many are asking of presidential candidates.

In July, Martin O’Malley, a Democratic presidential candidate, apologized for a statement he made at the Netroots Nation conference. At the event, a rallying cry of protests was made in the form of “Black lives matter!” rising in response to the discussion of police violence against African-Americans. In response, O’Malley stated, “Black lives matter. White lives matter. All lives matter.” The crowd booed him down. He later said that he had not intended to minimize the importance of police violence against blacks.

Many who respond with “All lives matter” are thought either to be flippant or to have misunderstood the notion that, yes, all lives do matter, but not all lives have yet been recognized as mattering. This being said, is it fair to shout at a man for trying to be all-inclusive?

At the same event, Bernie Sanders made an attempt to speak, however the chanting was so loud, it interrupted and washed out Sanders’ words. The questions posed by the audience were not answered because no one was willing to listen. In this case, was the opportunity to be outraged more important than the opportunity to hear what plans of action these candidates might have?

Obviously there are both positives and negatives here. I am not saying what the “right” side of the argument is, however I am saying that our inability to show grace and either infer fairly what people are trying to say or at least know how to ask the right questions to get them to clarify on their own is shameful.

We ask for diversity, we ask for honesty; but is that what we really want? Do we only have the freedom of speech so long as we agree with the speech or parse our words so carefully that they are safe and bland, of no real substance?

So this I ask you, how are we to communicate openly and peacefully with one another when our words are hindered by anxiety? I myself am anxious upon writing this piece for fear of being misunderstood. I hope that you understand that my purpose in writing this is not to place blame, but rather to bring to light that the walls we have built to protect one-another may be having quite the opposite effect.