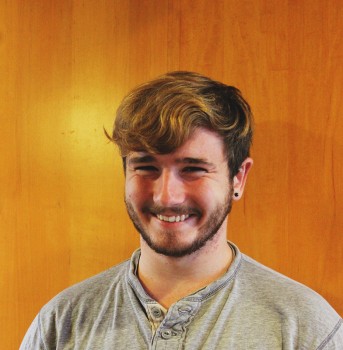 So there have been a couple instances in the past few weeks in which my somewhat inflammatory writing style was problematic for the groups I am a part of.

As it turns out, holding extreme opinions and having a loud voice can sometimes distract from more reasonable centrist voices. Keeping this in mind, I’m writing today not as a member of FIRSST, not as PAX club, not even as a Bible, Religion and Philosophy major; I am simply writing as a male senior on this campus with one word that I hope gets stuck in the back of your head as it has been stuck in mine: culpability.

On this campus, between a brilliant PJCS department on Wyse 3rd and an astounding amount of student leadership in various activist endeavors, there is no lack of privilege (and of course now that I have said the word ‘privilege’ some of you may be switching over to the funnies page already) naming that goes on here. This is a facet of Goshen that usually makes me a proud Maple Leaf.

What I want to say to you now is that simply naming privilege is utterly insufficient and we must go a step beyond. Part of why privilege is tricky is that so much of it is unseen and passive: simple things like not being afraid of going out at night, not fearing assault as a possible escalation of catcalls and being able to go to parties without worrying about assault.

It is that last point that has brought me to writing a perspectives piece. This Saturday at 3:00 p.m. there will be a bystander education training, and it is simply imperative that we all attend.

You might be thinking to yourself at this point “I do not need to go, I know rape and assault when I see it, and I of course will step in should such an egregious thing occur, because what sane person would not step up?” I hate to break it to you, but that train has left the station: assaults have happened this year, under our reasonable watch, and we are all culpable.

To illustrate my point, let’s use some metaphors. Imagine violence of all kinds as colors: racially motivated aggression is red, sexual violence is green, and so on. When one has privilege it is like wearing glasses that filter out those colors.

As a white person it will always be harder for me to see racism because it will likely never directly affect me as it would a person of color. I lack what DuBois called “double consciousness”: I do not have to assume that any negative treatment I receive is because of my race or gender (or any other parts of an intersectional identity).

I can take insults at face value and not have a fear of deeper motivations. Essentially my privilege glasses prevent me from seeing red. In the same way, because of my male privilege I can feel safe in environments that are unsafe for women.

The same things that might tip off a woman to a potentially problematic interaction could easily elude me since I am not necessarily threatened in the same way. My privilege glasses mean I cannot see green. Bystander education does an incredible job at removing those privilege glasses.

Will it allow men to experience parties in the same way women do? No. Will it make our campus and community infinitely more safe? Yes. You and I have an obligation to do this training, there is no good reason to remain untrained because in doing so we allow sexual assault to occur: we are culpable, we are complicit and we have a responsibility.

This Saturday at the 3:00 p.m. in Newcomer 17, I hope to see you at the bystander education training.