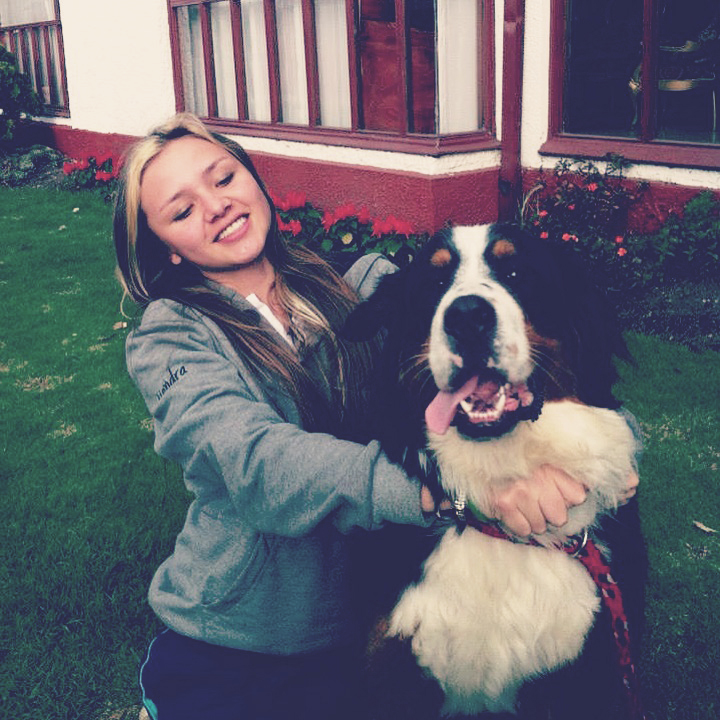 Kendra Lozano discusses the difficulties she has experienced as a first-year international student.
Photo contributed by Kendra Lozano.

I got injured two weeks ago in the middle of a three-hour tennis match. I was here in Goshen, playing against an opponent I wanted to beat so badly that, even after the injury, I fought through the pain for one more hour.

I went to K., the physical trainer, after an awful, not-so-painless night, and she helped me out. I was on crutches all over campus, trying to get to class on time (something I don´t even do without crutches) and trying not to complain about it.

When people asked me how I was, I would say I was excellent and give an honest, homely, Colombian welcoming smile, like my mom taught me to do all my life. I tried really hard to let people know that I was fine, even though deep inside I felt powerless in this small foreign town. I was born and raised in a huge city; I am used to having a lot of people around me. This is a small community where everyone knows everyone, but yet everyone lives in their own little bubble. Since everybody is on their own, it made it even harder for me.

Don´t get me wrong, a lot of people were more than willing to help me: anything from driving me to the hospital to get an MRI (thanks Brandon) and giving me a two-story piggyback ride up the stairs when the elevator wouldn´t work (thanks Johan), to getting me back from the Elkhart hospital after an X-ray (thanks Eliana and Ramona) and opening the doors for me (thanks Goshen students and profs.) I got to ride in the cool golf carts, just because I was wearing crutches, with the cool people who work at Physical Plant (Papa Jack and Aritha.)

But this wasn´t the same as having my parents or my brother helping me out. Yes, I had a lot of helping hands, but they weren´t familiar hands. I thank everyone and slowly I am getting used to the fact, that for the next four years, this is going be my home, and the people here are going to become my family.

Another struggle I have been having is understanding topics in my science classes. I know most of the topics in Spanish; it has just been hard to translate it all in my head during quizzes and tests (well, that and just procrastinating on studying). I prepare the questions I am going to ask before class so I don’t sound too ignorant, but the profs speak so fast that sometimes I get lost halfway through the class.

I feel that I can´t complain, because I know that a lot of my friends are having the same struggles as I am. And I don´t want to complain, because my struggles are not really struggles. My leg will get better, and I will learn how to manage my time better (instead of trying to do the web assignment from Chemistry at the same time that I write this). I will improve my grades, and I will be a doctor if I set my mind to it. Everything is possible in America, right? At least, that’s what I like
to think.

Goshen is a beautiful small community, and I know I am going to learn how to love it, just as the people have learned how to love me and accept that I do complain, even if my struggles are not so hard at all.

They aren’t the biggest problems, and I am just a 17-year-old international student. I am an athlete, a molecular biology and biochemistry student, and a “wannabe” singer who is trying to make it as a doctor in the U.S. It amazes me how there are students here with kids, spouses and two part-time jobs who still manage to get to class on time–with or without crutches.