There’s an empty space inside of me 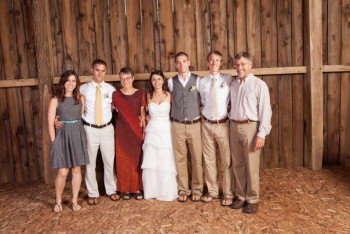 Being a student during a period of grieving sometimes seems a little bit like covering a head wound with a hat and pretending that everything is okay. Thankfully, I’ve had a few opportunities to take the hat off and try to treat the wound, but circumstances being what they are, I had to put the hat back on and smile for the cameras.

If it had been up to me, I probably would have given up on the semester. But people at home and school put the pressure on me to finish, because this was my last semester after all, and postponing the inevitable wouldn’t have been the greatest. And despite the moments that I wanted to flip tables and crawl into a ball, I’m pretty certain that by the time most of you start welcoming the first-years in the fall, I will be very grateful that I don’t have to think about school anymore.

Taking guitar lessons this year was probably one of the best decisions I’ve made in a while. Taking lessons this year meant that I had something concrete to focus on when I didn’t know what to do. If I was alone, or just generally overwhelmed, I could pick up the guitar and play. And considering all the hours that I’ve spent watching Netflix or playing games on my iPad this year, I’m very grateful that I’ve been able to work on developing a skill that can actually be useful in my life. (Side note, Matthias Stegmann is a fantastic teacher, and you should definitely take lessons with him if you’re at all interested in learning to play the guitar)

It was Christmas break of my first year in college that I found out my dad would die of prostate cancer. My middle brother and soon to be sister-in-law were with me at the dinner table when my mom broke the news. The initial shock lasted for a long time, though was probably dulled in the end by the fact that Dad’s appearance and energy levels didn’t change significantly for about two years. He kept working as he always had, though we were all very grateful when Jon Zirkle joined him at Merry Lea. In the second year we noticed him moving slower, and breathing more heavily after doing work that he normally would have breezed through.

My parents decided early on to use alternatives to chemotherapy to treat his cancer. Things were going well for those first two years, the numbers were more or less where we wanted them. My junior year I was taking French classes to prepare for SST in Senegal, and Dad would help me in the ways that I would let him. About two weeks before I left for Senegal I got a call from Mom informing me that the alternative treatments were no longer working. Dad would need to start chemotherapy as soon as possible. They had already made plans to visit my brother and sister in Honduras the following week, so that meant that the treatments wouldn’t start until they got back. His treatments started the week I left for SST.

I’m telling you all this to try and express that I’ve been processing my Dad’s death for a long time. Something that I’ve been realizing over the past few years is that I seem to prepare myself when I know that I have to say goodbye to someone, especially when I know I probably won’t see them again. It’s some sort of emotional defense that I’ve built up after years of goodbyes. I’m still not sure how healthy it is, but at least I’m somewhat aware that it’s there.

Having said that, I must also say that I didn’t know how I would actually respond to the death of my father. I had never before experienced the death of someone who had been such an integral part of my life. The reality of his absence sinks into my psyche in different ways, and certainly at different intensities. Sometimes it’s affected by music, or visits to the home that we’ve lived in for almost ten years. I really have no idea what to expect of the future, what I will experience emotionally, but I certainly haven’t felt the immense sorrow that I felt at the funeral. And I certainly haven’t wept as hard since.

I may never completely know why my dad wanted to be so private throughout the entire process, but the last nine or so months have given me some ideas. Despite his strong desire for privacy, and the tensions that resulted from disagreements about how private it all was, I’ve been so fortunate to be surrounded by people who have held me up when I couldn’t. For a long time I kept relatively silent, telling only a couple people about what was going on. After SST I began to be more open about it, but asked people to treat the knowledge as confidential. I was too overwhelmed by the experiences of the previous months to not say anything anymore.

I want to thank you all for being there for me, even if you didn’t know what was going on. Your presence and friendship was an immense blessing that kept me stable during the times that may have otherwise sent me over the edge.

Parables. Thank you, thank you, thank you. I don’t really know how to express how important you all have been this year. But I will never forget the gift that you gave me and my family by singing with me at the funeral.

It seems somehow fitting that Dad passed as winter was ending. As the plants begin growing again we can be reminded of the way that he cared so much for us and for the earth. And now as a new uncle of a wonderful niece and nephew, I can watch them grow and explore the world that their grandfather loved so much.

There will be a memorial service for Dale Hess at Merry Lea Environmental Learning Center on April 27 at 2 p.m. His ashes will be committed to the ground and a tree planted in his honor. If you are able to come, please carpool.