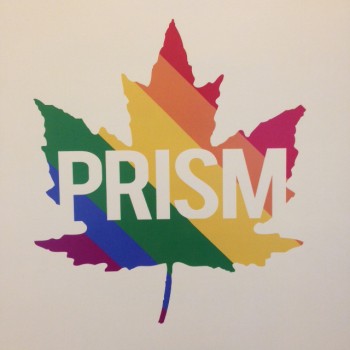 Hate crimes do not happen at Goshen College… right?

About a decade ago, an outline of a human, drawn with chalk next to the train tracks, appeared with a homophobic slur written below it. An opinion board in the Student Union was set on fire because of homophobic comments and challenging statements.

For years, members of the LGBTQIA+ spectrum have faced discrimination on Goshen College’s campus and responded with the creation of PRISM, a safe place for those who are questioning or identify as Queer.

I’ve been on Goshen College’s campus for a year and a half now, and regretfully, never fully understood the importance or necessity of PRISM. Yes, I’ve seen the posters that advertise the presence of this group, but until recently, the value and indispensability of this group escaped me.

PRISM is, fundamentally, a safe space for LGBTQIA+ or questioning students. For members, it may be their only safe space. PRISM was established with the premise of anonymity, keeping the identity of attendees confined within the group. It’s often the first all-Queer group students are a part of.

“It’s a good healthy space where we can be together. PRISM is not toxic—we have the tools and experience to create the healthy environment,” said Hayley Brooks, a senior leader of PRISM.

The group started primarily composed of Lesbian and Gay students, and now has branched out to include those looking at gender identity and the entire spectrum of gender and sexual identities. A majority of the group identifies as Bisexual.

“I’m gender fluid,” said Jake Smucker, a senior leader of PRISM, “All I knew was that I was attracted to men, so I thought I was gay, but then I started questioning my gender identity. Through the safe space that PRISM created for me, I was able to come to realize that.”

PRISM aims to meet once a week, sometimes discussing issues, playing games—community is most important to the group. Smucker describes PRISM as “life-giving.”

Regina Shands-Stoltzfus and Bob Yoder are the faculty advisors for the “club.” PRISM is not technically a club, because its funding comes from independent donors, not Goshen College.

“[PRISM] nourishes positive mental health, so then the members can, in turn, contribute positively to the Goshen Community,” said Smucker.

“I went to PRISM after I came out, the semester after, so that first whole semester I came out and didn’t have PRISM, “ said Brooks. “When I started going to PRISM, I realized how important finding that community is after you come out. It’s terrifying and really lonely, so it’s just a great space. I don’t think I would’ve stayed at Goshen if I hadn’t found PRISM.”

Students who are interested in meeting with PRISM can email prism.goshen.edu or get in contact with one of the leaders directly. Now, PRISM is offering students the opportunity to meet with a leader before attending and official PRISM meeting.

Brooks said, “Coming out is a gift to people. You’re not obligated to do it; you don’t owe anyone that knowledge of yourself. Find spaces and people where they acknowledge it as a gift—PRISM is one of those spaces.”

Both Smucker and Brooks strongly encourage any questioning students to contact PRISM or them directly.