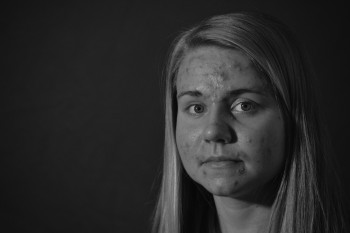 I’m a first-year here at Goshen, and it’s also my first year engaging the issue of the hiring policy. My great frustration regarding the hiring policy comes from trying to understand why the process of revising the policy remains stagnant, especially in light of the earnest acts outpouring from the Where’s My GLBTQ Prof? movement.

Early in this school year I tried to rationalize it by telling myself there must be a reason for the slow process of decision-making. When no clear reasons surfaced, I felt I should trust that waiting was in Goshen College’s and my best interest. But my skepticism began to increase, as did the awareness of my own naïveté, as meeting after GC Board meeting went by with no decision made to revise the hiring policy. These days I have more trouble than ever in seeing through the murky waters of college politics; I am tired of the noise our fists make as they unceasingly pound against what seem like closed doors.

The Where’s My GLBTQ Prof? movement has been speaking out for years now, pushing for Goshen College to welcome applicants for faculty positions who openly identify as GLBTQ. The movement issued a renewed call for equality in 2011 through the creation of the Open Letter (now with 1800 signatures!). Inclusion has also been called for through board meetings and alumni gatherings, chants and hymn sings, different social networks and the regular presence of purple shirts across campus.

The Open Letter and Where’s My GLBTQ Prof? movements are making every effort to articulate the hopes and hurts of the signers and members. Through their participation in the many events and demonstrations previously listed, Open Letter signers, the past and present leaders of the movement and all those who have been part of the hiring policy dialogue have had to assume some level of vulnerability. I must also emphasize the vulnerability of those who with great courage shared with Goshen College an invaluable part of their identity and were told that because of that identity they could not join the GC community. This vulnerability has come about as a result of many people’s commitment to remaining transparent about their positions on the issue.

Yet the hiring policy dialogue will only be productive when all who choose to be involved are willing to participate in the conversation with equal directness. Furthermore, in order for participation in this dialogue to be constructive, it is important that respect and compassion be present for the vulnerability that comes from a commitment to openness. One way of demonstrating appreciation for this open honesty is for all involved parties to dedicate themselves to an equally strong and reciprocal transparency.

As an Open Letter signer, I am appealing to the GC Board in a request that they fully participate in the dialogue surrounding the eligibility of GLBTQ people to hold positions as GC faculty. I am calling for a public statement from the GC Board concerning the hiring policy, wherein board members release information about their current conversation and address with complete transparency their reasons for continuing to support the discriminatory hiring policy. I hope clear indication of where the conversation is headed, as well as next steps, can be given.

This is a call for clarity and a call for all parties to embrace the vulnerabilities of transparency—not as weaknesses, but as greater opportunities for dialogue and action.
*This excludes professors who openly identify as members of the GLBTQ community.