A GC senate member’s call to action and transparency 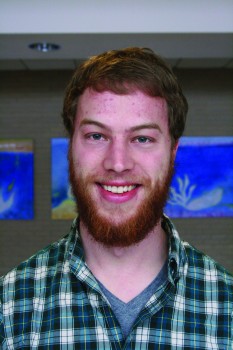 The two most common criticisms I hear about Student Senate are that it is neither transparent nor effective. Unfortunately, I believe both of these criticisms are, to an extent, valid. This is my third year on Senate, so part of the blame lies with me. And transparency is beginning to improve through changes like Record updates and access to minutes of meetings online, but Senate still has a lot of ground to cover. However, this article is not about what we on Senate should do, but about what we already did. And in the case of the coed floor proposal, which began in the fall of 2013 and drags on to today, these themes of lacking transparency and effectiveness are, troublingly, far more apparent in our administration.

First: some much needed and overdue transparency. A number of us on Senate began working on this initiative in 2013 because we wanted to bridge the gender divide that single-sex floors perpetuate. We also saw expanded living opportunities as an acknowledgement of LGBTQ students in our midst and a first step away from Goshen College’s heteronormative policies. We polled the student body and found that 66% were in favor of this initiative and 77% of first-years expressed interest in personally living on a coed floor. We talked to various faculty and staff, including multiple members of the president’s cabinet, and received responses consisting mostly of openness or ambivalence. We checked to see if it would concern donors or alumni and heard back that it was likely not a big deal, considering it would merely be an extension of already existing policies in group housing options for third and fourth year students. We rode this optimism into a series of meetings with student life leadership to work out logistics and implement the proposal. This group passed the proposal, but it was not given to the president’s council for a final decision. This turned out to be our dead end, which brings me to the second theme: effectiveness.

As previously mentioned, Senate bears responsibility for not being adequately active and effecting enough change on campus. But the coed floor proposal is one example of effectiveness being out of Senate’s hands. Despite hours upon hours of due diligence in research, meetings, drafts and conversations, we were not able to act on a clear mandate from the student body because of administrative inaction. The concerns we heard from administration mostly consisted of small logistical issues, which Senate immediately addressed while expressing great flexibility concerning finer details of implementation. But ultimately, in the spring of 2014, we were told that the reason it could not go forward was because of the climate of the Mennonite Church, given Eastern Mennonite University’s ongoing listening process and upcoming summer decision concerning LGBTQ inclusion. Supposedly, any GC policy shift even loosely connected to LGBTQ inclusion would undermine EMU’s process. Though we believe this rationale for inaction to be highly problematic, we decided to hold off until this year (2014-15) to remove EMU’s decision as an excuse.

Yet it is already March 2015. Nothing has happened, and the prospect for implementing any kind of new coed living options, whether in the dorms or apartments, again looks doubtful. I’m left wondering if this case of administrative inaction is similar to ongoing inaction on Goshen College’s discriminative hiring policy; a paralysis driven by the tired excuse that the college’s hands are tied by larger forces or by the misguided notion that the college cannot do anything substantial because it might turn away prospective students. Our administration has a responsibility first and foremost to its enrolled students, and the desires of this student body have not been ambiguous.

Hopefully this article lessens confusion and provides greater transparency concerning what happened with the coed floor proposal. The student body deserves to know more about what Senate and administration do (or do not do) behind the scenes. Yet, I also want to take this opportunity to publicly call on administration to act for, and not against, its students. The integrity and relevance of a student government, and its ability to be effective, relies on power granted by administration to implement necessary changes. And it is high time students’ voices effect actual change on campus.