A grassroots Goshen group is proposing the legalization of urban chickens. 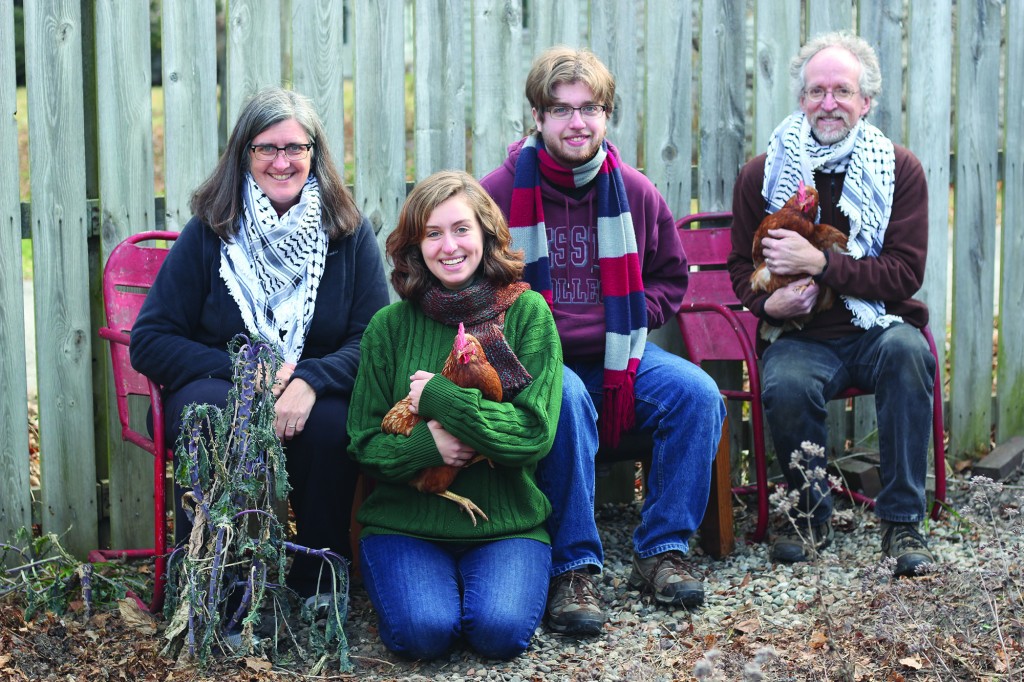 The group, Hens for Goshen, is opposing a Goshen city ordinance that essentially bans livestock, fowl, and wild animals within city limits. Group members are now drafting an explicit proposal that would permit up to six hens in Goshen homeowners’ backyards.

Hens for Goshen started in 2010 when John Nafziger decided he wanted to raise a few backyard chickens. A couple at his church advised him against it after they received a letter from the city requiring the removal of their two backyard-dwelling chickens.

“I did some research and found that the ordinance is pretty restrictive,” said Nafziger.

The city doesn’t actively patrol chicken possession, but responds to complaints from neighbors and passersby.  Anonymous complaints led to the removal of Gwen Gustafson-Zook’s pair of backyard hens. Every morning for several months she gathered the eggs from two hens until a letter from the city forced her to find a foster home for her chickens in New Paris, a town without chicken rules. Gustafson-Zook misses the fresh organic eggs.

“We called our chickens ‘pets with benefits,'” said Gustafson-Zook. “They became a part of the backyard ecosystem, eating all the bugs before the bugs destroyed the garden.”

She hopes the city can see the positive attributes of owning hens.

“Hens aren’t noisy, they don’t poop as much as dogs, and if they escape, they aren’t as threatening as dogs,” she said.

But Gustafson-Zook doesn’t only lament the hens’ usefulness.

“They were like family pets. They would run up to us when we came home and unfailingly untie our shoelaces, thinking they were worms,” said Gustafson-Zook.

Gustafson-Zook has joined the Hens for Goshen movement on Facebook, which currently has 145 members.  Hens for Goshen will meet privately on Wednesday evening with several prominent community members, including Councilwoman Dixie Robinson and Councilman Everett Thomas.

“During the meeting we will address the next steps,” said Nafziger.

Eventually, he plans to bring the proposal before city council. However, if the proposal fails, it will be years before he can bring the issue up again.  Nafziger recognizes that there will be significant opposition.

“It’s a divisive issue,” he said. “Some people consider chickens to be rural animals. Others are concerned about property values. We are willing to compromise by putting restrictions on the proposal.”

The proposal currently allows up to six female chickens on single-family residences. Breeding and slaughtering chickens and selling their eggs is prohibited. The proposal also regulates the dimensions, material, and location of the chicken coup. These are the details that Nafziger hopes will boost the proposal’s chances of passing.