In Disagreement with the Open Letter 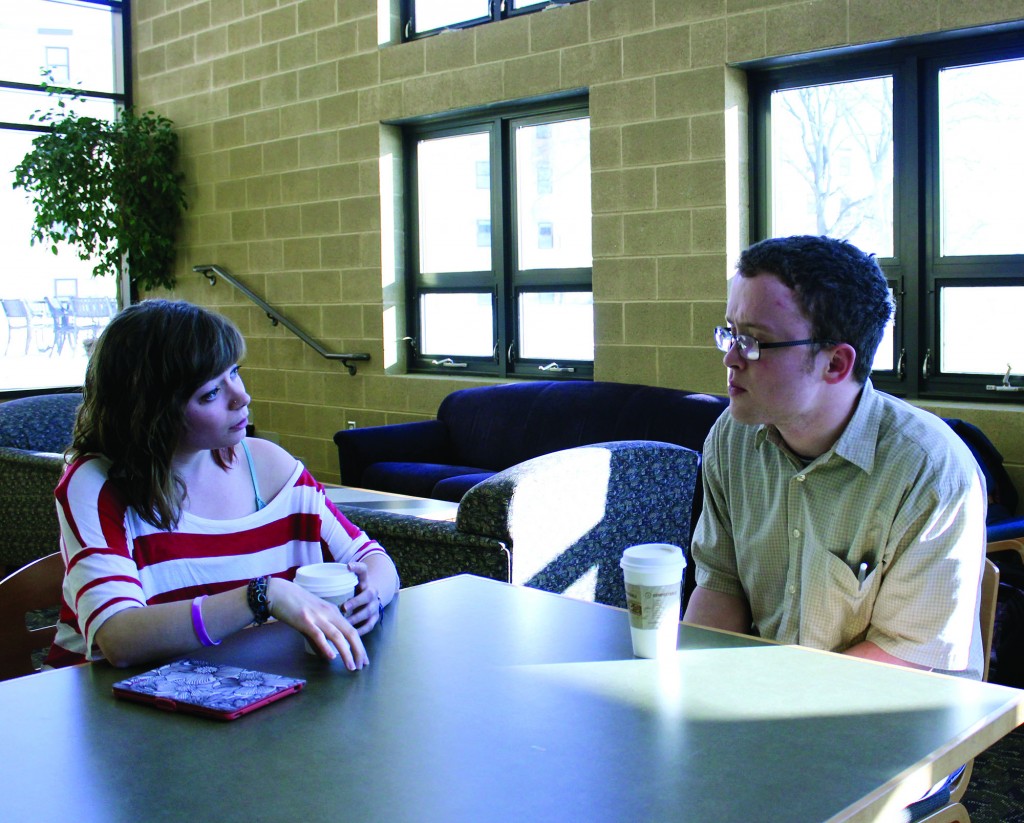 Cara Paden and Timothy Keiderling discuss their views on the hiring policy.
Photo by Hannah Sauder

Goshen College stood out from the other colleges I considered because of its identity as a Christian institution. The desire to make Jesus’s teachings matter here and now is apparent in Goshen’s core values. I have come to appreciate the many ways these values—Christ-centeredness, a passion for learning, an ethic of service and peacemaking and global awareness—play out in daily life at Goshen. And I deeply appreciate how the Goshen community welcomes students of all backgrounds, creeds and walks of life.

At the same time, Goshen College recognizes that openness and tolerance cannot be an excuse for abandoning its own heritage. As a traditionally Mennonite school, the administration and faculty of Goshen College “affirm the doctrine and practice of the Mennonite Church.” This affirmation is crucial to Goshen’s identity, and one that should be fiercely defended.

This is why I believe the GC Open Letter movement is wrong.

For those who haven’t heard of it, the Goshen College Open Letter Movement advocates a change in Goshen’s faculty hiring policy: inclusion of openly GLBTQ faculty and staff. They “lament the lack of GLBTQ faculty role models,” suggesting that Goshen students who identify as GLBTQ are disadvantaged as a result.

At first glance, the goals of the GC Open Letter Movement seem great. After all, we all need role models, and no one wants any member of the Goshen community to feel discriminated against. Nevertheless, I urge the faculty and students of Goshen College to reject the Open Letter Movement.

Christ commands us to love all people, regardless of their personal characteristics or choices. That includes people who identify as GLBTQ. But Christ does not permit us to condone sin. Consistent with clear biblical teaching and the traditional doctrine of all confessions of Christianity (including the Mennonite church) over two millennia, I believe that homosexual conduct is contrary to God’s will.

Many of my fellow students disagree, considering these ideas old-fashioned, perhaps even bigoted. They are entitled to their opinions. But as an institution that aspires to “be led by Christ in [its] search for truth” (core value #1), Goshen College has no such leeway. For Goshen, to abandon the proclamation of truth in love would be to lose its very identity as a Christian college. The Confession of Faith in a Mennonite Perspective affirmed by all Goshen faculty and staff is unequivocal on this issue: “We believe that God intends marriage to be a covenant between one man and one woman for life. Christian marriage is a mutual relationship in Christ, a covenant made in the context of the church. According to Scripture, right sexual union takes place only within the marriage relationship.”

I am thankful for the dialogue that the GC Open Letter movement has generated on campus. All of us need to consider more deeply how we are called to bring Christ’s love to all, including those that identify as GLBTQ. It may well be that we are falling short in this calling, and if that is so we must change. But the answer is not to abandon Christ’s truth and Goshen’s heritage.