Steve Thomas for the defense 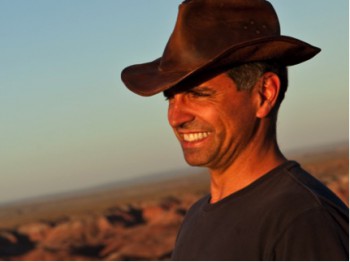 Steve Thomas, a Mennonite pastor with a black belt in Tae Kwon Do, wants to know what you would do if someone attacked your roommate. Would you run away? Would you pray for the attacker? Or would you hit the attacker with everything you’ve got?

Thomas will offer an alternative response during several presentations on campus the week of October 7. During Sexual Violence Awareness Week, Thomas will address the issue of violence in a unique way. Using convocation on Monday, he will frame the issue of personal violence and present his combination of martial arts and conflict transformation. On Tuesday evening, Thomas will lead the “Warrior Workshop” for men. Thomas’s Safety Workshop will be a women-only event held onWednesday evening.

“I intend to show that the use of assertive force in resisting violence can be aligned with nonviolence,” said Thomas.

Thomas will kick off Sexual Violence Awareness Week with a presentation in convocation entitled “Personal Violence: What Would You Do If…?” Choosing between being submissive or responding aggressively are often the assumed options when responding to personal violence. Thomas finds a middle ground, offering “an embodied form of forceful peacemaking that resists predatory violence.”

The 8:30 p.m. Tuesday“Engaging the Warrior” men-only workshop will be an interactive workshop during which Thomas willuse Tae Kwon Do in order to “introduce the male warrior archetype and invite men to rightly exercise power and the warrior within themselves to engage conflict and violence.”

The women-only workshop will be held at 8:30 p.m. on Wednesdayin the RFC. “In this physically interactive training I will, along with a team of Mennonite martial artists, introduce nonviolent, assertive responses ranging from maintaining a strong presence to using strikes to resist physical and sexual aggression,” said Thomas. Food will be provided at both workshops.

Thomas is a graduate of Hesston College, Goshen College and Associated Mennonite Biblical Seminary, where he received his MDiv. Thomas has been very involvedwithin the peace community for many years.He has served as a Mennonite pastor for 29 years and is currently a pastor at First Mennonite Church in Middlebury, Ind. He has also been heavily involved in bringing a unique perspective on violence and nonviolence to the Goshen community and beyond, taking on the role of a peace educator for the past 13 years.

In this role, Thomas co-founded Peacemakers Academy, a community-based peace organization located in Goshen. Peacemakers offers a variety of workshops “that integrate conflict transformation and martial arts skills” with the belief that thisreduces violence, increases self-control and promotes peace. Thomas is the author of “emPower peace curriculum,” which combines his love of martial arts with conflict transformation skills. He has used this curriculum at workshops in area schools, Oaklawn Psychiatric Center, as well as at both Goshen College and Notre Dame.

This isn’t the first time Thomas has spoken on campus. Thomas taught as an adjunct professor in the Peace, Justice and Conflict Studies Department for several years and has led the women’s Safety Workshop numerous times. He has also spoken in convocation previously. In 2005, Thomas shared his experience using martial arts in promoting peacemaking between rival gangs.