A documentary filmed and produced by Goshen College students that takes viewers through the journey of Apostle Paul as he broke down barriers to share the Gospel of Jesus Christ premiered in downtown Goshen on Wednesday night.

The film, “Breaking Down Barriers: The Journeys of Apostle Paul,” was produced by FiveCore Media, a video production company of the college’s communication department, which employs communication faculty and students.

In May 2012, Seth Conley, assistant professor of communication, and Kyle Hufford, FiveCore Media general manager, led a team of nine students through Greece and Rome for three weeks to collect footage exploring how Paul ministered to the Jews, non-believers and early churches. Since the filming, six additional students have worked on editing the documentary alongside producers Conley and Hufford. 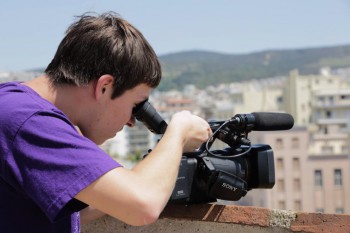 To view the documentary’s trailer or order a DVD  for $10, visit www.goshen.edu/communication/journeys. For more information contact Seth Conley, executive producer, at sconley@goshen.edu.