“Amish Mafia” is fake and disrespectful 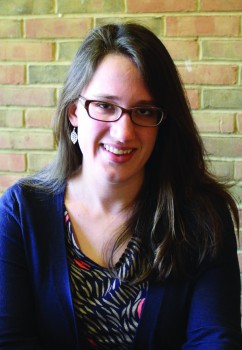 A man dressed in plain black pants, a button-up shirt and a dark jacket raises a metal baseball bat over his head and smashes it into an overturned buggy. A man in similar dress slashes the tire of a parked car, while a third sets fire to a large pile of corn and branches lying in the middle of the road.

Is this the way the Amish of Lancaster County, Pa., secretly deal with community problems? With threats and physical force? Or is it ludicrous fiction designed to shock and entertain?

All three scenes appeared in “Amish Mafia,” which began airing on Discovery Channel in December. The regular eight-episode first season ended in January, but a special two-hour special episode aired on March 3. The program is promoted on the channel’s website as “a first-ever look at the men who protect and maintain peace and order within the Amish community.”

The main character, Lebanon Levi, and his followers (each only known by their first name) play the role of “police, judge and jury” within the Amish community, enforcing rules while Amish leaders look the other way.

Donald Kraybill, an expert on Amish culture, attests to the show’s complete lack of credibility, describing it in an email as “pure fiction.”

“Based on my 25 years of research with hundreds of people in the Amish community, and in recent conversations with at least a dozen Amish people, there simply is no such thing as an Amish Mafia or any similar organization,” Kraybill said. “[The scenes on the show] are pure imagination in the minds of the producers and the actors.”

And yet “Amish Mafia” is so popular that it has broken the Discovery Channel’s viewership records. According to Discovery, 3.64 million viewers saw the premiere.

In the show’s first episode, two of Levi’s henchmen, John and Jolin, hear that an Amish woman’s buggy was in a hit-and-run accident with a non-Amish neighbor’s white car. Jolin tells the woman he’ll take care of it; he drives down the road to the man’s house and knocks on the door. When the man won’t admit to hitting the buggy, Jolin goes to the man’s backyard (where his white Ford is conveniently waiting), takes out a shotgun and shoots a hole in the windshield.

No further explanation is given; apparently this is the justice the Amish community seeks.

A brief disclaimer at the beginning of each episode says that “the Amish church denies the existence of the Amish mafia” and that “to ensure the safety of innocent Amish, select re-enactments of certain events must be used.”

The show never mentions which events are reenactments, but the smart viewer would recognize that they all are.

Some of the scenes the program’s creators dreamed up include Levi blackmailing a church leader who is involved with a prostitute and the “mafia” saving a woman from an Amish man who demands sexual favors in return for financial support.

Karin Meachem, the owner of Art & Glassworks, a store in downtown Lancaster, was surprised to hear that a member of the “mafia” was shown exiting her store with an envelope as Levi narrated how he provides protection for businesses he owns in exchange for payment.

Meachem had never heard of anything like the Amish mafia, was certainly not paying them and had owned the building for over 20 years, though she had given permission for a film crew, who she thought was filming an Amish documentary, to shoot in front of her store.

Some viewers might say the show’s plotlines are so outrageous that no one would be fooled.

However, the show inserts enough snippets of reality—the scenes take place in real Lancaster County locations and the actors, who come from Amish and Mennonite backgrounds, dress in an approximately Amish way—to make the fiction seem plausible to the average viewer, even though its main points are outrageously fake.

The Amish are a private, peaceful religious group that respects outsiders while choosing to retain a degree of separation from the rest of the world. While some crimes do occur within Amish society, as they do in any community, nothing remotely like an Amish mafia exists, and it is disturbing to see one promoted as fact in this way.

The Amish won’t go to court or hire public relations agents to push back against Discovery Channel’s portrayal. Because of this, the duty to denounce the show falls on outsiders, particularly those who, like me, come from Lancaster County and have a good understanding of the Amish.

And the duty falls on all non-Amish people to reciprocate the respect the Amish have for them by refusing to watch a series as absurd as “Amish Mafia.”

I suppose Lebanon Levi could come after me for libel for saying so, but somehow I’m not too concerned.