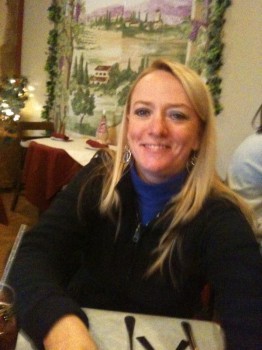 Morros, a Goshen College student, was killed by Haitsma, her ex-boyfriend, in the 100 block of North Fifth Street at approximately 7:45 a.m. Morros arrived at work and had a brief discussion with Haitsma, who then shot her.

Police arrived and found the two bodies in a parking lot on the east side of North Fifth Street. The police immediately blocked Fifth Street between Clinton and Lincoln and paramedics were called to the scene.

Morros, an estate paralegal at Yoder, Ainlay, Ulmer & Buckingham law office, was due to graduate in May from Goshen College’s adult education program with a bachelor’s in organizational leadership.

Morros was born in Niles, Michigan. She earned an associate degree from Southwestern Michigan College and has been a part of Goshen College’s adult degree program since the fall of 2011.

Witnesses said they heard the gunshots, but they weren’t sure what had happened. Employees of First Quality Cleaners & Laundry and of The Goshen News heard the shots, but were confused about what the sound actually was.

According to WSBT reports, Valerie Morros, Millicent Morros’ sister, was killed in a similar fashion in 1990. Valerie Morros was killed by her ex-boyfriend in her home in Niles Township, Mich., who later killed himself.

A statement from the law office where Morros worked said, “She was a valued employee and friend, and will be deeply missed by all of her colleagues in the firm.”

Denise Dennis, an attorney at the law firm, said, “She had a good spirit and a great disposition.”

Goshen College President James Brenneman released a statement via e-mail to the Goshen College student body and faculty and later to the media.

“Among those who are grieving today are those of you, students and faculty, who studied beside Millicent, and our prayers also are with you,” Brenneman’s statement read. “She will be missed.”

Morros’ classmates met Tuesday night to compose a statement to give to Goshen College and the public.

“She was full of life and love. She touched the lives of all of us in a way we will not forget,” the statement read.

To honor Morros at graduation, the entire adult studies class will be wearing fuchsia roses, one of Morros’ favorite colors.

Mary Moretto, Morros’ professor and program director of adult and external studies, said that these students really have a close connection and it was important for them to support each other and grieve together.

“The students did a great job of just being there for each other [on Tuesday] night,” Moretto said.

Alan Smith, a sophomore and resident assistant at Goshen College, asked boys on his floor to donate money so they could collectively buy flowers for the Morros family.

“Because she was a student here, I wanted to show her family that people care that she is gone,” Smith said.

Brenneman’s statement reminds us that “this is a tremendous loss for Millicent’s family and friends, and we invite your prayers for them at this difficult time.”

Morros’ classmates said, “Millicent leaves us the legacy of being real.”

“The sparkle in her eye was undeniable,” they added. “Every part of her screamed authenticity and inspired us all to be better people.”