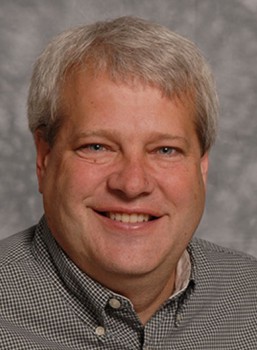 (Correction: this article was initially attributed to sports editor Shane Miller. The Record regrets the error.)

In a total of 36 seasons coaching both boys and girls high school teams in Indiana and Pennsylvania, Stoltzfus tallied an impressive record of 477-194-52 over his career. In addition, Stolzfus’ teams have won a pair of Pennsylvania state championships and made it to the Indiana semi-state round twice.

Stoltzfus graduated from Goshen College in 1984 with degrees in secondary education and mathematics. After graduation, he spent seven years working with computers in the fields of programming, sales and technical support. Stoltzfus also worked as an assistant coach with Goshen’s men’s soccer team during the 1984 and 1985 seasons.

Stolzfus is no stranger to Elkhart County sports, having coached at Elkhart Central High School, where he led the boys soccer program to two appearences in the state final four. Stolzfus’ overall record with the boys’ team was 188-66-27. He also coached the Elkhart Central girls’ team, with a record of 31-25-3.

In 1999 Stoltzfus moved back to his home state of Pennsylvania, where he began teaching and coaching at Warwick High School. In 13 seasons at Warwick with the boys’ soccer program, he totaled a record 176-66-27 and won the 2005 PIAA State Championship.

On the girls’ side, Stolzfus coached four seasons at Lancaster Mennonite High School in Pennsylvania, leading their team to a 82-17-4 record, with the team winning the PIAA State Championship in 2008 and placing second in 2009.

“After being a head high school soccer coach for 36 seasons, I am looking forward to the challenge of moving to the next level and working with an age group four years older,” Stoltzfus said. “I enjoy the challenge of developing a team from the beginning of the season and progressing and building so many various characteristics of the sport along the way into making them a better team.”