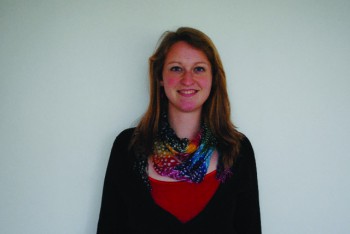 I was not sure at first what to think of attending a protest. I am not your typical protest participant. You see, I have an ambivalent relationship with the idea of protest. Attending Goshen made the whole idea a little more plausible to me, but I didn’t grow up in an area where protesting was considered part of one’s Christian commitment. In fact, I had heard plenty of stories about people who were so obsessed with social justice that they became bitter and cynical rather than more Christ-like. And getting politics involved with faith–is that really a good idea?

Yet something nagged at me to go. It could be the fact that I was being offered to use this protest experience in place of a research paper for my Prophets class. It could be that I had spent last spring semester in Guatemala and Mexico and attending the School of the Americas protest offered me one way to bring that experience back to the States. It could be that I believed the picture of protest I had in my head was not adequately informed. In fact, it was probably all of these things that prompted me to go. So I showed up, skeptical yet hopeful that I might acquire a better perspective on what protesting is about.

I am thankful that I received what I had hoped for, though it was not what I expected. I used to think that protest was a group’s effort to change something they considered unjust. While this is somewhat true, I realized on our trip to Georgia that protesting is just as much about maintaining a person’s drive toward seeking justice and peace as it is about inciting change.

But first, a little background from my Hebrew prophets class to explain what I mean. In class we encountered Walter Brueggeman’s idea of royal consciousness. Often those who have power and privilege live in a state of numbness to the pain others suffer in order to provide them that privilege. In fact, we need to be numb to support the imperial system. What we are passionate about, what we feel, drive us toward change. Touching the anguish within the midst of a lifestyle is key to both effective prophecy and effective protest.

How do we get in touch with that anguish? Symbols. So often, we put our faith in the idea that communication of concepts will create change, but concepts have limits. Concepts can’t make me cry, but symbols, stories, music, can move me not only to tears, but to action.

As Christians we have a prophetic legacy of emotionally inspired symbols. Jesus acted as a prophetic figure who expressed emotion through symbol many times. One classic example is his moment of anger upon seeing the injustice of a temple system that exploited the poor. His emotional turning of the tables was not only a temporary inconvenience for the money changers, but a symbolic action of the overturning of an unjust system. But what about just before that as he entered Jerusalem on a donkey, a symbol of peace, rather than a horse, the symbol of military strength,  weeping over a city that would not accept the peace God could offer.

Like Jesus and the prophets before him, we as Christians are called to emotional, prophetic symbolism, and that is what I experienced during the protest at the SOA. I was unaware before I attended the protest that I had many unexpressed emotions from my past spring semester in Guatemala and Mexico. The relationships I created and the awareness I gained of the injustices the U.S. has committed in both Guatemala and Mexico did not leave me unaffected. But I didn’t know what to do with my guilt and my anger. I had no appropriate outlet in which to express them. So when I returned home to the empire, I numbed myself to those emotions.

Being able to take a cross with the name, age and location of a person who died; being able to sing “presente,” acknowledging that this human being and many others who met a similar fate did not go unnoticed; being able to take that cross and stick it in the fence of the School of the Americas as a reminder that our choices have consequences that I cannot bear to just let slip away, this was something that I needed. It helped me get back in touch with the fact that just a year ago I sat with my Guatemalan host family and watched the inauguration of the current president of Guatemala, a man trained at the School of the Americas, and I am afraid for my friends. I am angry that the country I live in would put them in that kind of danger, and I feel guilty because I don’t know what to do about it.

My ideas about protest changed because of my experience in Georgia. Now, I believe that protesting or some act of symbolic ritual that gives us an outlet for the emotions we experience due to injustice is an essential part of maintaining spiritual integrity. I think an effective protest is something that allows us to express our grief and guilt because when we do not have outlets to express these emotions, we have no choice but to become numb to them. I still don’t believe that going to a protest is a means with which to change everything. Change comes in the smaller actions, whether through conversation, letters, other courses of more extreme action, or simply with time. But it seemed, at least in this instance, that the protest was something that kept us from becoming numb and provided us with enough feeling to continue pursuing justice even if we didn’t know how. If only for that, attending the SOA protest was worth it.

Emily Hedrick is a senior Bible and religion major.