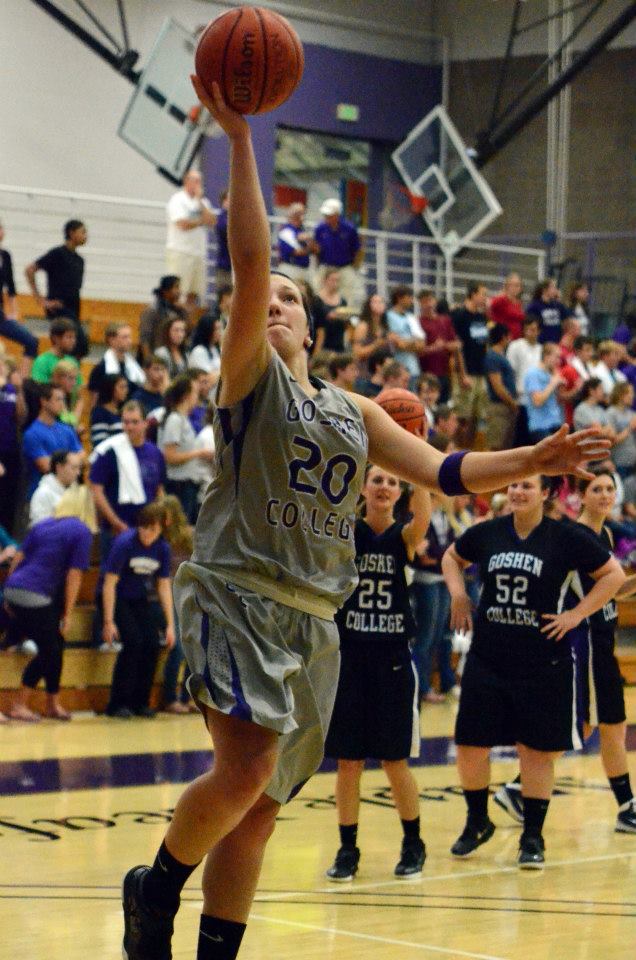 The Goshen women’s basketball team dropped a road game to Bethel College Wednesday night in Mishawaka. While the second-half score favored the Pilots, the 39-28 margin was largely indicative of the final stanza’s flow.

Unfortunately for the Maple Leafs, history will remember the full game score. That will include Bethel’s 16 points in the first four minutes and 47-18 halftime lead en route to a 86-46 victory in the Weikamp Center.

Poor shooting plagued the Maple Leafs in their second conference game: Goshen shot 28 percent from the floor and just 5-of-19 from three-point range.

Sam Hawk, a senior, led Goshen with 14 points, while classmate Mary Hathaway picked up 17 rebounds in 30 minutes (leading both teams in each category) as Goshen won the battle of the boards, 45-38. Hathaway leads the conference with 10.3 rebounds per game.

The loss was the third in a six-day stretch for coach Stephanie Miller’s squad after losing 73-61 to Lourdes University and 80-79 to Johnson & Wales University in the Marian University tournament last weekend.

Hawk led the Leafs with 23 points against Lourdes; Tyra Carver, a first-year, poured in a career-high 19 as Goshen took Johnson & Wales to overtime.

Goshen hosts the University of St. Francis at 1 p.m. Saturday in the final Crossroads League game before Christmas break. The Cougars are 9-0, 2-0 in conference play, and ranked No. 9 in the NAIA Division II national coaches poll.