'Urinetown' to bring potty humor with a deeper message 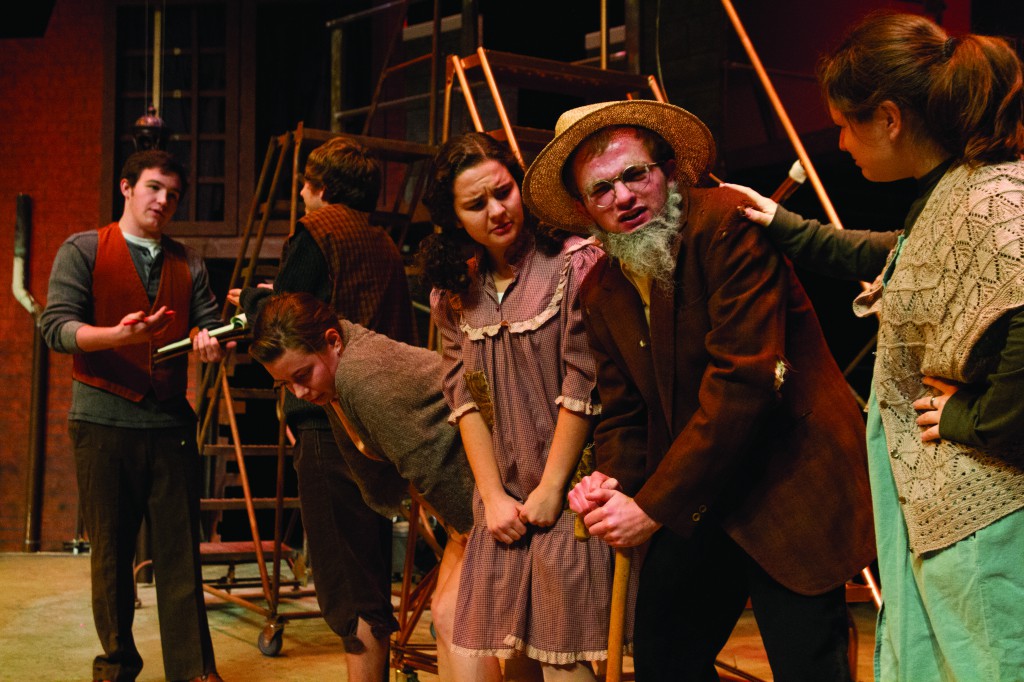 This weekend, Goshen College will be presenting a stage production of Urinetown: The Musical. Urinetown is a satirical comedy set amidst a 20-year drought that has made private bathrooms impossible and pay-per-use toilets mandatory. Anyone who breaks the law by engaging in bathroom activities outside of these restrooms is sent to a penal colony called Urinetown—which is where the play is set.

Doug Caskey, a professor of theater and the director of Urinetown, acknowledged that the title and subject matter might be too crass for some audience members. “In a way, though, that’s OK with us,” Caskey said. “There will be people who are skeptical. Nobody likes to say ‘urine’ out loud and it can be offensive.” He added, “The characters in the show even talk about, ‘why would anyone want to see a musical with this kind of title?’ I think that acknowledgement will help most people laugh and get past it.”

Despite any concerns over the subject matter, Caskey insisted that this was “an ideal Goshen College production.”

“It’s funny, but it has a social conscious, and it will help people think about what would happen if we exhausted our water supply—what that might mean for the haves and the have-nots,” Caskey said.

Caskey is certainly not the only one considering the audience response. Students have invested hours every week to prepare for Urinetown’s opening this weekend and are just now getting ready to see it go live.

Rhianna Cockrell, a sophomore music and theater major, said the commitment has been particularly large for the chorus. “It’s an essential part of the musical, and that means we need to be at rehearsal almost every night,” Cockrell said.

While she and the other production members have been preparing nearly all semester, some essential elements, like the eight member pit orchestra, did not come together until recently. “This past week has been great because the orchestra makes it seem so much more real—like the sound effects that add so much more than what just a piano can do,” Cockrell said.

Katrina Kennel, a sophomore music and psychology major who plays the euphonium in the orchestra, agreed that the music adds a lot. “The function of the [euphonium] part is to make sound effects, and so my part has started to make a lot more sense this past week since we’ve been playing with the rest of the production,” Kennel said.

Doug Caskey said that audiences should come ready to laugh this weekend. “I say that not because we are begging people to laugh—because that’s not funny—but because laughter is a communal thing,” he said. “Urinetown doesn’t offer pat answers to life, but viewers will find out by the end that there are no easy answers to sustainability issues, but they’re important enough that we must work together through it,” Caskey said.