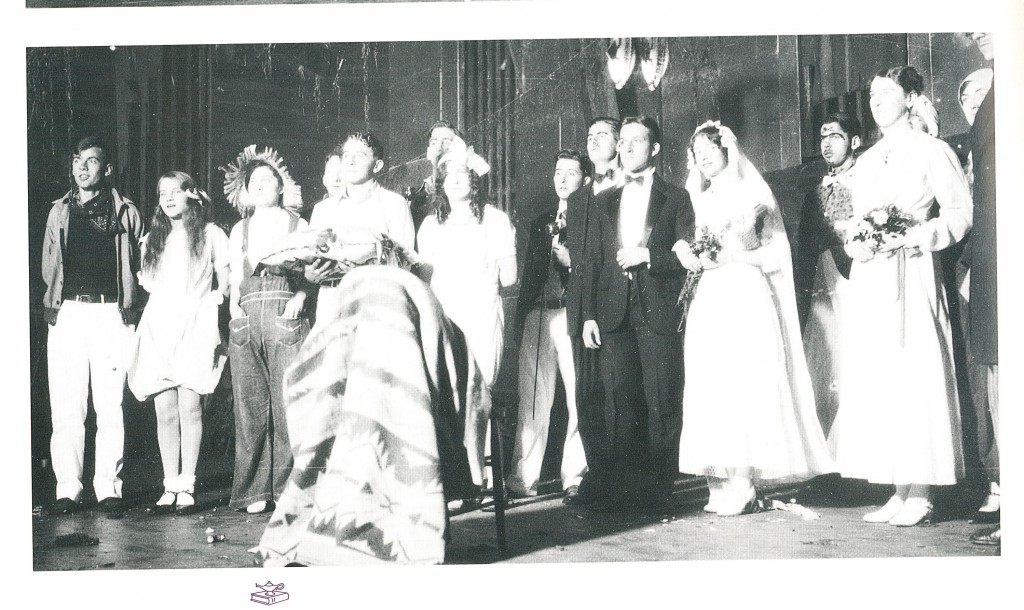 In 1930, a Halloween costume party at Goshen College convinced at least one person that the college was going down the toilet.

Nowadays, Halloween is not the most controversial holiday at Goshen College, but this incident – which came just 6 years after Goshen’s hiatus to reorient itself as a progressive institution within the conservative Mennonite Church – would go down in history as a symptom of the larger tension many Mennonites were feeling as they tried to make peace with the rapidly changing culture of the 20th century.

That year there was a costume party at Goshen College where students engaged in such scandalous behavior as cross dressing and posing for photographs in a mock wedding.

A certain J.B. Smith acquired several of these pictures and was so scandalized that he made enough copies of the offending photographs to send them, along with a disparaging three page letter, to every minister in the Mennonite church.

An excerpt of the letter, seen here, was printed in Susan Fisher Miller’s Culture for Service: A History of Goshen College 1984-1994:

“Pictures of the occasion indicate conduct and appearance that are alike indecent, shocking and ridiculous. There appear exchange of attire (an abomination to the Lord. Deut. 22: 5) painted and distorted faces, shameful, immodest and what cannot be construed in any other light but sacrilege, a mock wedding.”

One would expect poor Mr. Smith to turn over in his grave at the thought of the President’s council dancing at kickoff this fall.