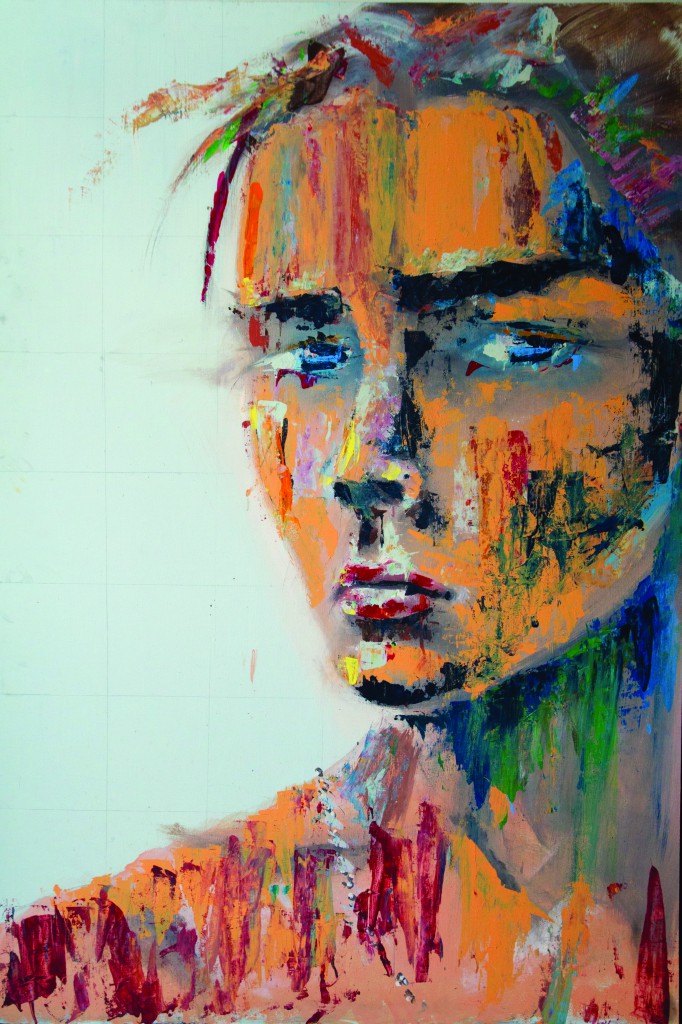 For Mohammad Rasoulipour, a senior art and Bible and religion double major, art is a medium through which simple questions about societal constructions can be questioned and reinterpreted. In his latest piece, Androgynous Male, Rasoulipour attempts to create a portrait which includes a male model with feminine qualities. Through changing certain facial qualities and accents, he is able to construct a picture that catches the viewer off guard, presenting a portrait that is comprised of square jawbones (a masculine trait) and smaller, thick lips (a feminine trait) side by side.

“Everyone has qualities of feminine and masculine,” Rasoulipour said. “Showing that these characteristics are constructed is just one way of observing a universal phenomenon.”

Despite being a life-sized face portrait, Androgynous Male was completed in about four hours during the spring 2012 semester, painted in dark and light shades. “I don’t usually go for specific colors,” Rasoulipour said, “but usually try and work with what products I can find.”

Because acrylic paint is expensive, this sometimes ends up being cheap construction paint that is sold in gallon containers, as was the case with Androgynous Male. However, this portrait underwent a revamp this fall when Rasoulipour decided to add splashes of color to accent some of the key facial traits, such as the lips, nose and chin (which look feminine) and the eyebrows (which look masculine). Even though the changes happened in about an hour, they definitely accent the features that point toward masculine and feminine.

Although art can be politically or culturally charged, revealing constructions such as gender, Mohammad says that he does his artwork for himself and topics he’s curious about. In fact, he doesn’t like displaying his artwork at shows but prefers to use it as a way to connect with friends.

“I like when people come into my room and have a conversation about my artwork and the ideas that it creates for them,” says Rasoulipour. “That’s what is important about it.”