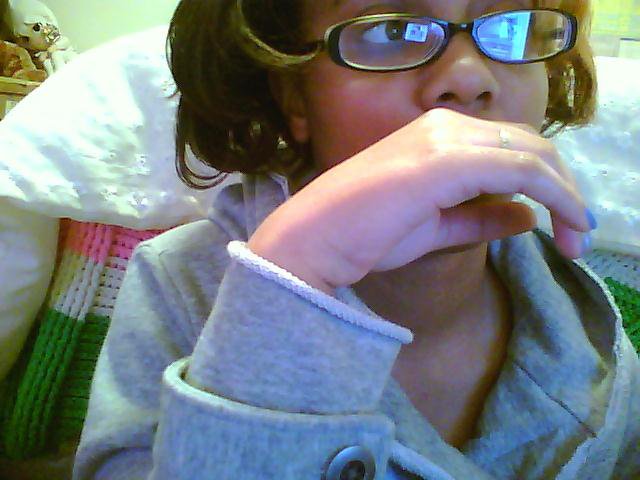 Armarlie is a first-year English major.

You, now, will be branded into the flow of time.

I begin to change, and it
melts into layers of white
day by day. A toast to you!
You hide underneath that smile
until the very end. Even
dreams crumble and future breaks:
the gloomy morning has died,
but the scattering flowers
spill from the palm of my hand.
I question in vain. Thank you!
In the dreambox are my hopes
turned freezing cold. It brings to
life my new dream in my heart.
Will my true self be there? In

another incarnation I will search for you …

In this poem, I imitated “There is no avoiding” by poet H. L. Hix, who rearranges pre-existing literature into a poetic format. My structure mimics that of “There is no avoiding” in terms of stanzas and numbers of syllables; however, instead of selecting intriguing phrases from a piece of fiction, I chose to take various lyrics from a number of songs performed by the Japanese metal band Dir en grey, break them apart and re-arrange them in such a fashion that a poem could be formed from them. By using this pattern, I was able to understand what Hix elaborates on in his essay: that language will create its own message for the reader to interpret. In that way, rather than giving my audience a pre-conceived notion of what to expect from my writing, the language itself can speak to you.