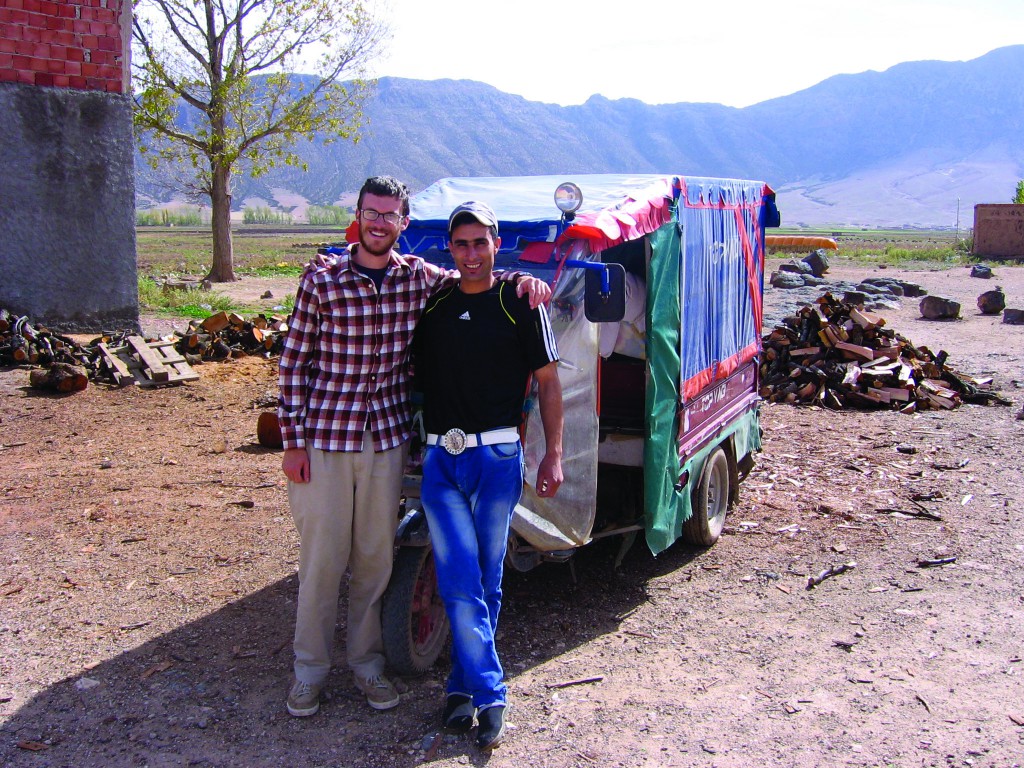 Michael Miller is a senior informatics major and English minor.

If language knowledge is any measure of intelligence, Moroccans are smarter than Americans. On a given day here on service in Guigou, a small agricultural town in the Middle Atlas mountains, I hear four or five different languages. Just today I ran into an older guy smoking and drinking tea on a rock who would put Paul Keim to shame on the number of languages in which he knew the word “pipe.”

Everyone in this little town is Amazigh, a fiercely independent people indigenous to Morocco who have numerous varieties of their own language, Tamazight. My host cousin told me the Tamazight spoken in a village 50 km away sounded like Chinese to him.

When the same host brother talks to me about business plans for his potato farm, he slips into numbers and phrases in French, the language of commerce and banking in Morocco, a hold-out from colonial days. This influence runs deep: I heard the same French numbers mixed in with Moroccan Arabic as a man shouted to change the soccer channel (broadcast in Modern Standard Arabic) in a coffeshop, and Moroccans regularly answer, Oui? when others call their name.

For a few years, early elementary school students in Morocco study nothing but French and Modern Standard Arabic, a formal language only seen written and used on newscasts on TV. My host brother studies geography in Modern Standard Arabic in Fez. I sometimes join in with Moroccans making fun of its excessive grammar rules that I also had to memorize in Goshen’s Arabic class.

Morocco is a country of crossroads: Modern Standard Arabic connects Moroccans with their Arabic cultural neighbors to the east, their use of French relates to Europe and Francophone Africa, and Tamazight to their own indigenous identity.

So tonight, I will talk to my brother in Moroccan Arabic and maybe try some Tamazight with my mother as we watch a television program in French or Modern Standard Arabic. Perhaps they’ll share a verse with me from the Qur’an in Classical Arabic and my university-student brother will offer a phrase in English to help me understand. But it might take more than that to puzzle out this multilingual culture.