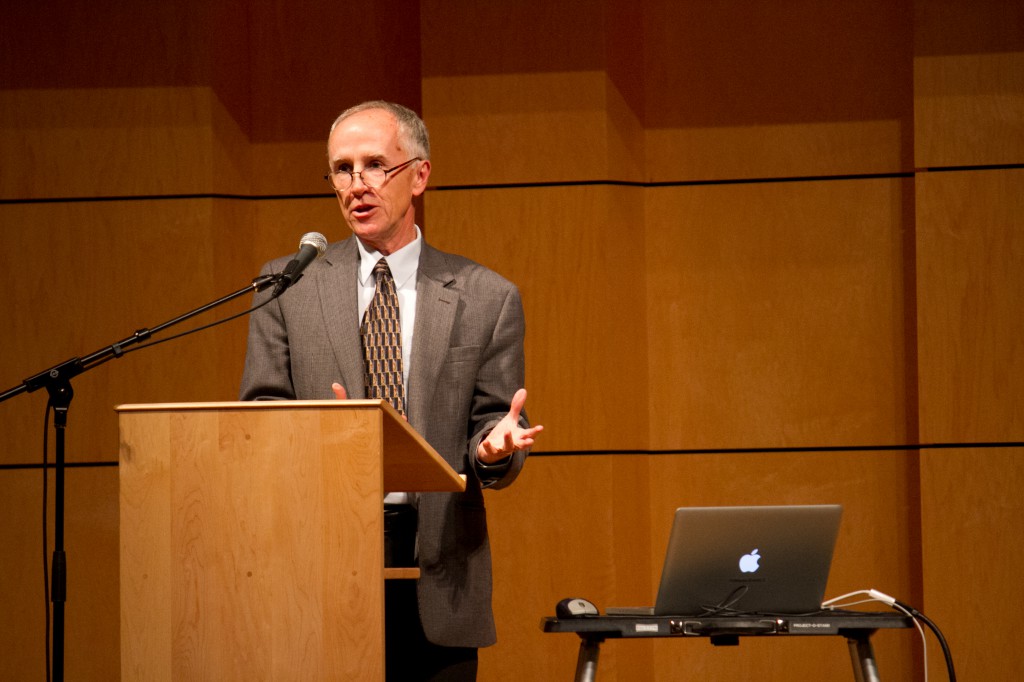 Although David Cortright once served in the United States Army during the Vietnam War, he now sees the power of nonviolence as a way to bring about peace.

Cortright’s lecture, titled “The Power of Nonviolence: Lessons from the Unarmed Revolution in Egypt,” analyzed the significance of nonviolence in the Egyptian revolution during Jan. and Feb. of 2011.

Cortright described the use of nonviolence throughout the 18 days of Egypt’s uprising.

The first important strategy, Cortright said, was the “fundamental quality to assemble mass ability.” Over 1-2 million people gathered in Tahrir Square, bringing their families and waving signs of support. Though Cortright said the Egyptians used some force against police equipment, the majority of the strategy was unarmed.

A second effective strategy in nonviolence was the use of social media and Facebook to spread the word of action. Cortright said that thousands responded online to the call of uprising; forming an undeniable, “overwhelming mass.”

A third strategy in nonviolence uprising was the camaraderie between many Egyptians. Cortright described a unique culture that formed within Tahir Square, including a bond between Muslims and Christians. When one religious group bowed in prayer, the other group would gather to protect them, Cortright said.

Cortright believes that the Egyptian uprising teaches lessons for the future of nonviolent action.

“Violence doesn’t work,” he said. “It can’t succeed. It will end in slaughter.”

Cortright also presented in convocation on Monday with a speech titled, “Clean Hearts and Dirty Hands: Why Christians Should be Involved in Politics.” Cortright is working on a book called “Gandhi and Beyond: Nonviolence for a new political age.” For more on his work, visit davidcortright.net.