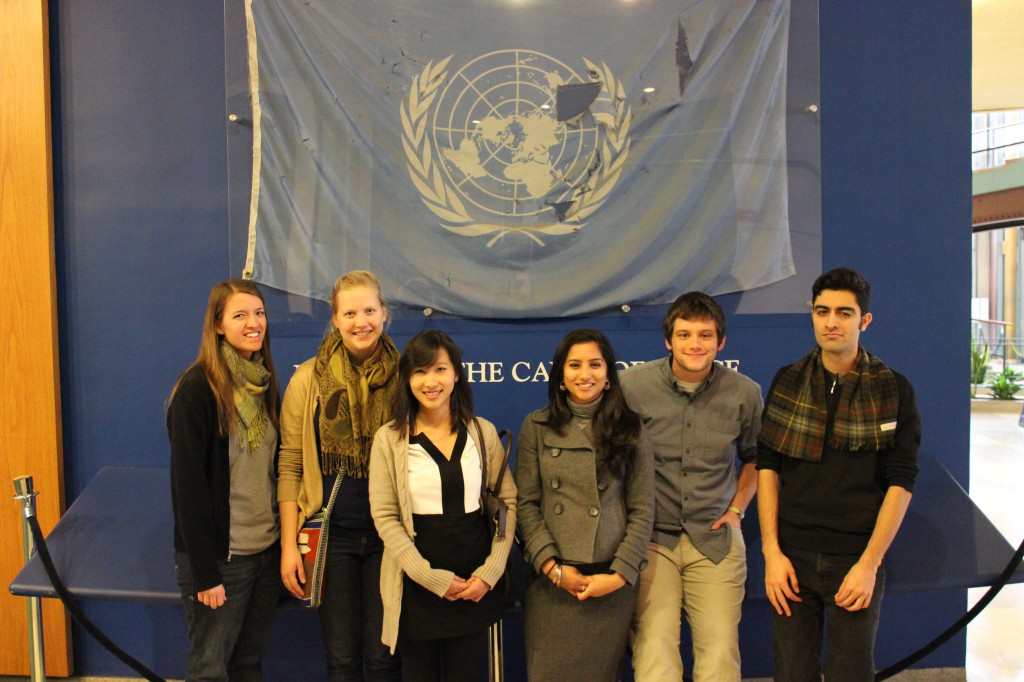 Every year, the Mennonite Central Committee (MCC) office of The United Nations conducts a seminar for students from Christian colleges in the United States and Canada. The title of the seminar this year was “Where do we go from here: Internally Displaced Persons, Refugees and Migrants.”

According to the participants, most of the students who came for the seminar stayed in Seafarers International House. The roommates were randomly mixed, allowing the students opportunities to make friends and connect with people from different colleges.

Although each came to the conference for different purposes such as learning about the UN, immigration or refugees issues, they were all excited and passionate about what they learned.

“It was exciting to hear different perspectives on immigration, migrants and internally displaced persons,” said Woodward.

Speakers at the seminar included United Nations officials coming from different countries, representatives from other organizations and an Iraqi refugee. In addition, Saulo Padilla, an alumnus of Goshen College, attended as a speaker.

“We were stunned with the tour around the UN headquarters and the speeches,” said Phan. “It was great to meet and hear stories from our peers from Iraq, as well as other students who shared the same passion about the issues.”

According to Woodward, the seminar was an intimate environment, open to students’ questions and discussions. It also provided opportunities for the students to connect with specific organizations and activism projects.

“And what is a trip to New York City without a bit of sightseeing? In our free time, we enjoyed exploring the city with new friends made at the conference!” said Woodward.