Intercultural education at Goshen gets a new space 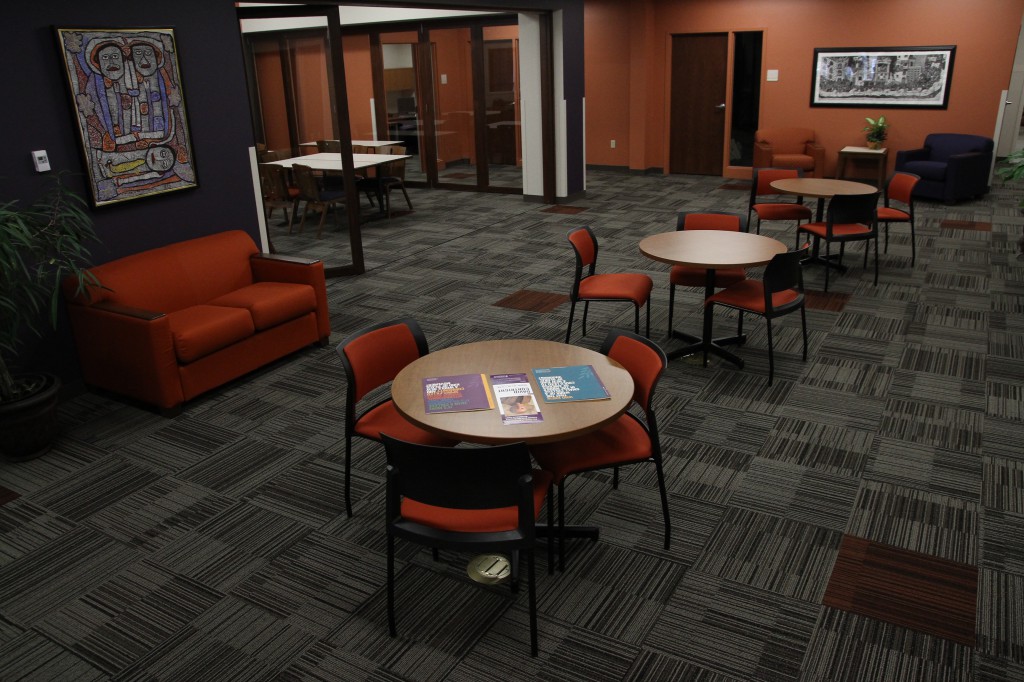 Anyone who has walked through the new entrance of the Union building has likely noticed some big changes this year. The centerpiece of the revamped building is a large and colorful office space open to the world through a row of tall windows and decorated with paintings by artists from cultures around the world. This area is home to Goshen’s new Center for International and Intercultural Education (CIIE).

CIIE is not a new organization, but a partnership of already established departments on campus that deal with international and intercultural affairs. The new office space for CIIE is home to what was once the Multicultural Affairs Office (MAO), the Center for Intercultural Teaching and Learning (CITL), and the International Education or Study Service Term (SST) programs.

Rebecca Hernandez, the associate dean for intercultural and education partnerships, said that combining these different departments together helped foster “a more comprehensive look at who we are as both an intercultural and international campus.”

Hernandez said that because the space was designed specifically with these programs in mind, they were able to make it both open and versatile. For example, there are tables and chairs set up to create an open space where students can study or do projects together, but there are also dividers for more individualized gatherings—like SST group meetings. “We can support 50-60 people in here, and we can close spaces to have smaller meetings, or open them up to mingle or mix the groups depending on what the topic is,” Hernandez said.

For Tom Meyers, the director for international education, the new space is largely about convenience. “When the domestic SST came out of the CITL program, it ended up in the basement of Kulp with us,” Meyers said. “Now, it’s nice to not have to walk across campus to talk to people in different departments that work so closely together.” Other than added convenience, though, Meyers said little has changed in the way of international programming. “It’s just here rather than in the basement of Kulp,” he said.

When asked how she was enjoying the new space, Hernandez spoke admiringly of both the vibrant colors of the room and the many paintings on the walls. “There are pieces by artists from Cuba and Haiti, and even pieces on immigrant rights by a South Bend Latino artist,” she said. “This space is really just a wonderful manifestation of our vision statement.”