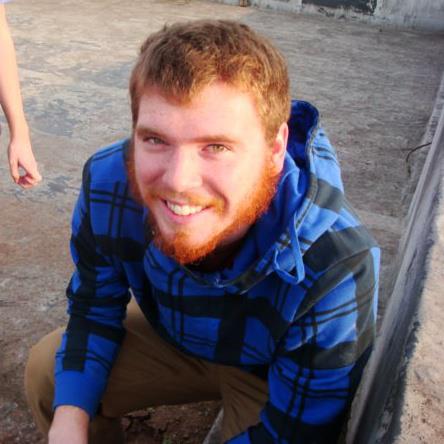 Entrekin wrote this piece as a creative fiction story, his favorite genre to write. He is currently working on his senior project, a short novel.

Bailey Stanton stopped in the middle of the sidewalk to stare at the old woman. She was sitting on a bench across the street, but it was the old woman’s outfit that caught Bailey’s attention. The old woman was wearing a purple cloak– no, a green cloak. Even as Bailey took in the the change of color, the cloak turned electric blue. Atop the head of the old woman was a silver crown in the shape of an adder, coiled with its head raised and its fangs bared. In the snake’s mouth was an oval-shaped emerald, flashing in the sun as the cloud parted above her head.

How strange she looks! It’s as if no one else can see her, Bailey thought. As if the old woman could hear her thoughts, her gaze fell on Bailey, and an old, crooked finger curled in, calling Bailey to come over. Fear seized the young woman, but she crossed the street anyways. She was fascinated with the old woman and wanted to know what she wanted.

“Hello, Bailey,” the old woman said, her voice sounding as though she were drowning. “I am glad you chose to come see me.” The old woman’s face darkened as she smiled, shadows covering her eyes.

“How do you know my name?” Bailey asked, a new wave of fear strapping her to the bench. “Tell me yours if you know mine.”

“My name? My name is There,” the old woman cackled, a curled finger sweeping in a circle around her.

Bailey’s head turned to follow the woman’s finger, looking for a nameplate or a sign that would tell her who the old woman was. She saw nothing that told her a name, and turned to the strange woman, defeated.

“Silly girl, my name is There. There. Don’t forget it.” A laugh like a gurgle slipped past the prune lips of the woman.

“But why must I not forget it? Will we meet again after this?” Bailey questioned, dreading the answer but hoping against reason that the answer was yes. What was this woman?

“Of course not. I’m imaginary, all in your head! Why do you think you are the only one who can see me?” The old woman howled with mirth, the gurgling sound behind the words growing stronger.

Bailey’s face scrunched with confusion, wondering why she was still sitting with the old woman. It was obvious the woman in the now-teal cloak and snake crown was mad.

Bailey stared at the woman, concluding she was suffering from some kind of delusion and just needed sleep.

“Ah, here comes Mason!” the old woman shrieked, grating on Bailey’s ears. The young woman turned to look across the road, and sure enough her boyfriend Mason was standing there waving, confusion plain on his face.

“What? How did you–” Bailey stopped mid-sentence. The old woman had vanished, and a quick sweep of the surrounding area revealed she was truly gone. In her place was a piece of paper that changed colors just like the cloak. She snatched the paper up and opened it just as Mason made his way to her.

“Bailey, why are you sitting over here?” Mason asked. “Weren’t we– What? What’s wrong?” Concern colored his voice as he looked at Bailey, who had blanched. Her hands were shaking as she read the five words written on the paper in small, cramped writing.