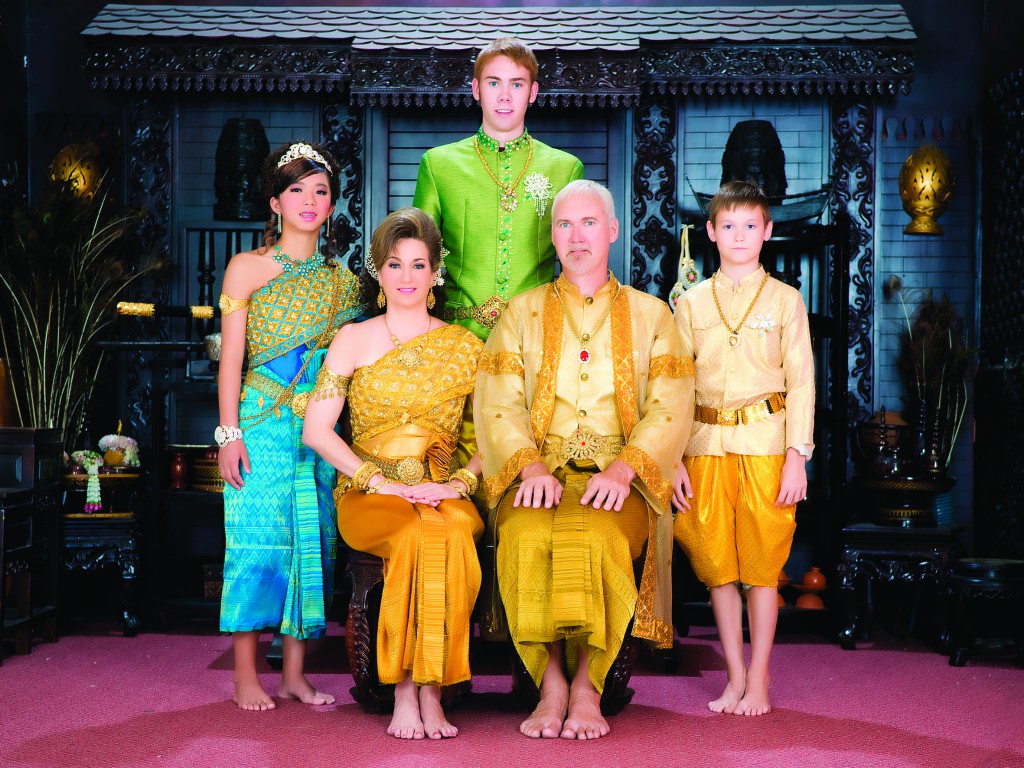 It may be that the prospect of living abroad and working in diverse cultural settings is as much a selling point for staff as it is for prospective students. Keith Graber Miller, professor of Bible, religion & philosophy, certainly thinks so.

Of current faculty, Keith Graber Miller is the most ambitious SST leader on campus. He and his family have led four units to the Dominican Republic, one unit to Cuba that had to be relocated to Costa Rica, a unit in China and two units in the southeast Asian country of Cambodia. This Dec. they head to Cambodia for a third semester, bringing Keith’s total SST count up to nine.

“Our kids have grown up around and on SST,” Keith said. “It is very much a part of their whole identity.”

Keith cannot pick a favorite country. “It’s just too hard,” he said. Of course, Keith’s wife, Ann, was raised in Puerto Rico, so she has an affinity for Latin American countries.  They also adopted their daughter from China. “So China has a special place in our hearts,” he said.

Keith said that his daughter, a freshman in high school, asked when the next SST would be. He mentioned Cambodia, to which she replied, “Well I know, but when’s the one after that … don’t we do one like every 2 years?” Recently this has been close to the truth. The Keith family has been going regularly since 2002.

For Niles Graber Miller, Keith’s son and a junior at Goshen College, the regular SST experiences taught him adaptability and ingenuity – two useful traits for business majors. “I think it gives you a sense of perspective,” he said. “I would always come back [from SST] with a strong purpose – a drive to do something.” His interest in aviation, for example, was cultivated during China SST.

Cambodia was added as an SST location in 2007 after Goshen stopped the Indonesia unit. Keith’s family agreed to lead the first unit and now they will return for the third time. Keith hopes to be able to pass leadership off to someone else after this year so that the program can become more sustainable.

That does not mean he is done, however. “We hope that we can keep on doing SST regularly until I’m ready to retire,” Keith said.

It has been the case that when they get back from one country, they go straight to Tom Meyers, director of international education, and ask him to put them back on the list. “We know that other people have a right to go before us,” Keith said, “but we will go just about anywhere; so keep us on the list.”

Why do they keep going back? Niles said it is because it makes the world more tangible and feel more real. “It gives you a different perspective of a smaller, more tightly knit world,” he said.