Cross Country starts off well, but hopes for improvement 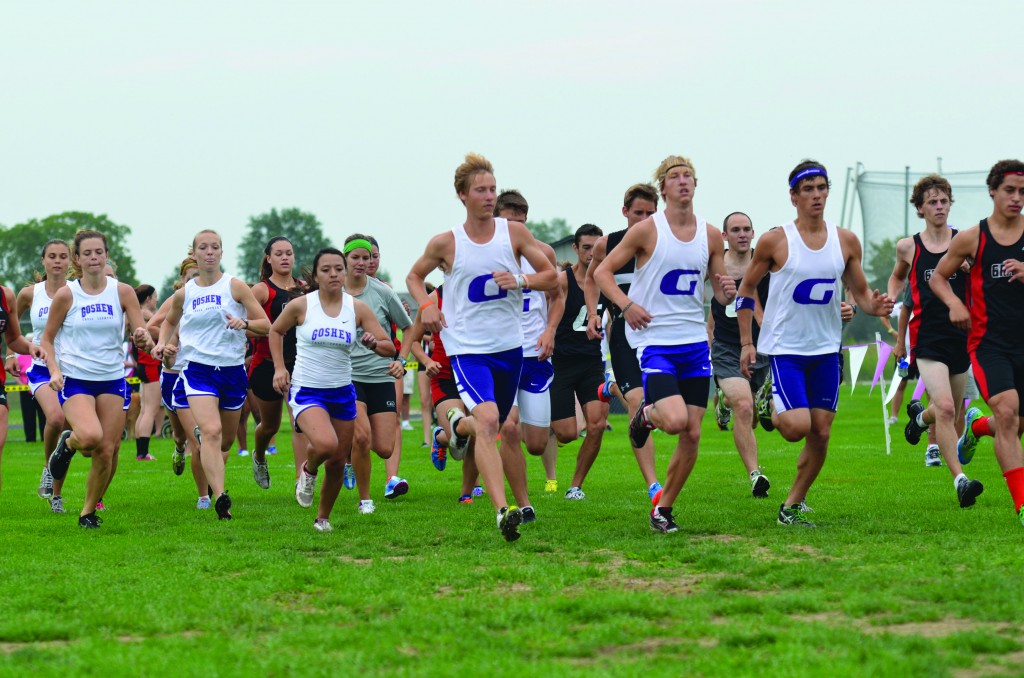 The starting gun has fired on the Maple Leafs’ cross country seasons. The men have yet to lose a race to a degree-granting institution, falling only to an unofficial alumni team in the Goshen Hokum Karem on Sept. 1. The women have placed in the top three in each meet they have attended.

In fact, Goshen’s success is being realized: the men have been third in the Crossroads League in all three polls released this year and received votes in each NAIA national ranking. But for a program with 23 all-conference selections in the last dozen years, a couple of wins and a third-place league ranking will not be good enough.

Goshen will be in action Friday night at Augustana College in Rock Island, Ill., for the Augustana Invitational. The women’s race will begin at 6 p.m. Goshen time; the men an hour later. The racing loop at the Saukie Golf Course is traditionally fast, with almost a third of the field last year clocking a final pace of under 5:30 per mile.

The Maple Leaf men are hoping to use that fast track to their advantage. “[No. 23] Olivet Nazarene will also be there this weekend,” said Andrew Witkowski, a junior and former all-conference pick. “If we beat them, we think we’ll be ranked next week.” The fourth edition of the NAIA coaches poll will be released on Wednesday, Sept. 26.

Two weeks ago, Goshen was victorious on the men’s side at the Grace Invitational in Winona Lake. Billy Funk, a senior, was the overall individual champion in 26:42.7, followed closely by Daniel Zelaya, a sophomore, in 26:44.0. The Maple Leafs had six of the top 13 runners, finishing with a team score of 28 that was 13 points ahead of second-place Huntington.