Volleyball, young and experienced, bounces back 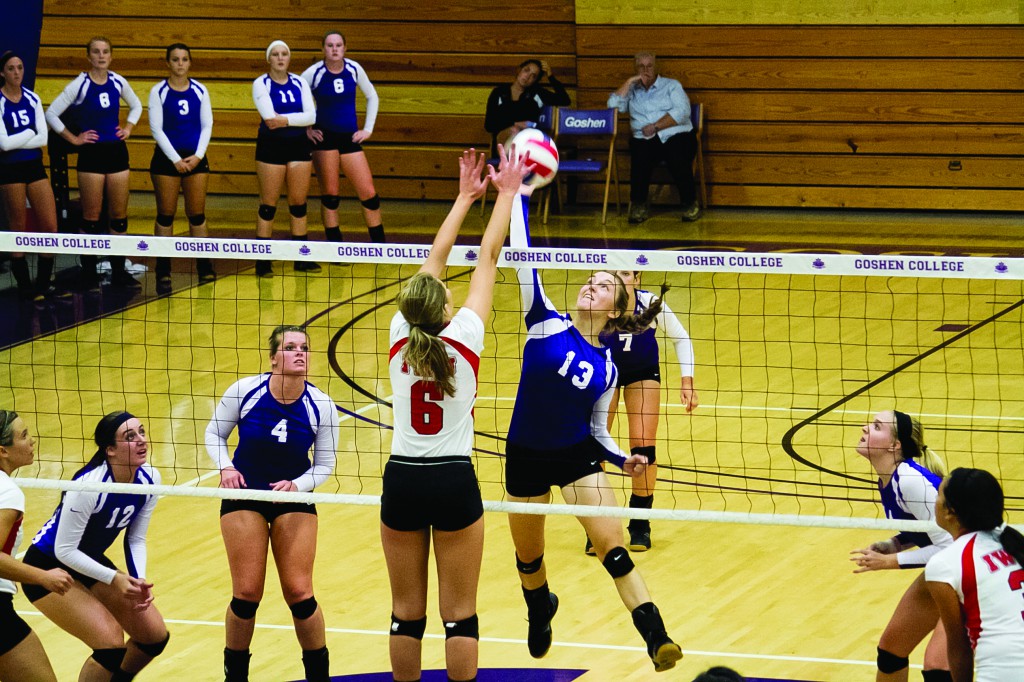 At first glance, the Goshen volleyball team has a young roster. Last season, the Maple Leafs made a habit of using first-years: four of them appeared in at least 90 percent of the matches for a 17-15 squad.

This season, those players are sophomores. While having only one year of varsity experience is not ideal, head coach Jim Routhier believes that playing time will benefit Goshen down the road and in 2012: his team may have a handful of players that are only in their second season, but their experience is far greater than the average sophomore.

That experience was put to the test almost a month ago when Goshen opened their season by going 0-4 in the Carroll/Great Falls Tournament in Montana, playing two nationally-ranked schools and one that received votes. In the season’s second week, the Leafs rebounded, sweeping a pair of tri-matches on their home court to level the season record at 4-4.

After another three-set loss to Saint Xavier University, Goshen began conference play eight days ago, pushing No. 17 Taylor to the limit in each of three sets before falling 25-23, 25-17, 25-23. Sam Heberling, a sophomore, had 10 kills and Stacy Wyse, a senior, 22 assists in the losing effort. That effort continued Friday night; unfortunately, that opponent was ranked even higher (No. 7 Indiana Wesleyan), and Goshen fell again by a 25-15, 25-22, 25-17 count. The close-loss trend continued Saturday afternoon in Indianapolis, when Goshen averaged 22 points per set but fell to conference rival Marian nonetheless.

Wednesday night, Goshen plays Spring Arbor. We need to include something on this game, but it hasn’t happened yet so I cannot write about it. This is merely placeholder text that vaguely and approximately resembles the appropriate length so that you can lay things out. I’ll be over in the Hub ASAP after the games finish to night to fill this in.

Goshen continues its Crossroads League schedule with home games Friday and Tuesday in Gunden Gym; these matches are separated by a half-hour road trip to the Orthopedic Capital Center in Winona Lake, Ind., to play longtime rival Grace on Saturday afternoon.