Real skillz for the real world 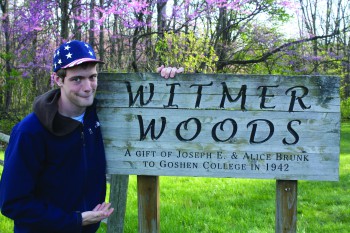 The end of the school year is here. In a short week, gowns will be flowing and caps will be throwing. Then May Term. And finally summer. The coming months of sweat and suntan lotion bring a number of things—ice cream, fresh-cut grass and perhaps a camping trip or two.

But more than anything else, it means we are forced to decide what to do with this newfound free time. You may have something lined up already, due to the persistent question of well-meaning adults and peers who ask the painfully unoriginal “So… whatcha up to this summer?” Since we define ourselves by work, “do” implies job. And job implies money. And money is what everybody wants, right? So here are some tips for finding that summer occupation.

Network like a boss.
If I learned one thing from Leaf Speed Networking (LeSN) is that art of chit chat can lead you to a job. Or just talk to people you know. Did you know that Bill Born jumped from Bethel College* to Goshen College for the exact same position with a slightly different job title? Also, Bill’s twin brother Brad is the academic dean at Bethel. Fascinating. This is just one example of a Mennonite college connection—use whatever connections you may have to snag that sweet summer gig.

Make like a Jehovah’s Witness and ask!
You don’t know until you’ve knocked on a few doors and found out some info.  People don’t necessarily post all the jobs, and hey, you may be just what they need. To quote my good friend, small Wayne, “show ’em what you got… something something something… go on throw it to the wall, something gonna stick.” Wise words, Wayne. Wise words, indeed.

Go fly a kite.
Now, I’m not saying jobs aren’t cool. I have a Kansas friend working at a milk processing facility who would say otherwise, but your summers can be a place for exploring, volunteering or bumming. You have some fleeting collegiate freedom; take advantage of it. Hitchhike west. Write a novel. Construct a gauntlet for junior high schoolers somewhere in the Witmer Woods. (If this sounds interesting, please e-mail Logan Simensen at loganjs@goshen.edu) You have possibilities.

* – not the Pilots, but the Threshers. Also from Kansas.