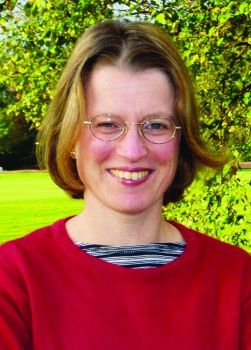 The Midwest Religion and Science Society chapter at Goshen College will attempt to create dialogue about the relationship between religion and science this year at the twelfth annual Science and Religion Conference.

MRSS hosts two conferences a year, one at Goshen College in March and the other at Andrews University in October. The March conference will be held this weekend from Friday to Sunday.

Celia Deane-Drummond, the featured speaker at the conference this weekend, is a professor of theology at the University of Notre Dame.

Continuing her education in another field, Deane-Drummond completed an honors degree in theology and a doctorate degree in systematic theology from Manchester University.

Academic teaching endeavors include lecturing about plant physiology at Durham University and working as a professor of theology and biological sciences at the University of Chester from 2000 to 2011.

Deane-Drummond has also published and edited multiple works in the field of theology and biology. A few of the 22 books she has authored or edited include “Creation through Wisdom,” “Reordering Nature and Conversations in Science” and “Spirituality and Theology.” Adding to her publications list are 33 contributions to books and 43 academic articles.

Along with an academic career, Deane-Drummond has worked as the director for the Centre for Religion and the Biosciences, been elected chair of the European Forum for the Study of Religion and Environment and acted as editor for “Ecotheology,” an international academic journal.

Carl Helrich, professor emeritus of physics at GC, is the organizer of the conference.