My tale of Mononucleosis Epstein-Barr virus 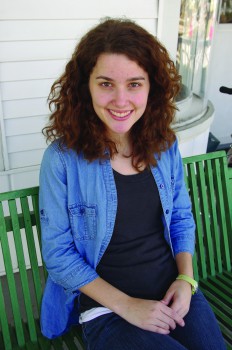 Many students face it at some point during college: the dreaded moment where you wake in the middle of the night, sick as a dog and desperate for your parents. However, a few missed classes and a couple popped pills later, you’re usually back on your feet again.

Unfortunately, that wasn’t my case this semester.

My adventures began about a week into this semester, when I awoke with a fever and brutal cough. After missing several classes, I decided it was safest to see the doctor because my brother had pneumonia over Christmas break. So with a round of antibiotics underway, I went back to class, hoping to get back into the swing of things.

However, the horrible fevers didn’t stop. So a few days later I returned to the doctor, looking for answers. This time they gave me strong antibiotics: some serious weapons of mass destruction that would obliterate any bacteria in sight.

Then, the fevers went from being a pesky fly in my ear to a terrible, raging monster within. I knew it was bad when I turned hallucinatory. First, I saw the iguana in the tree. It was perched on a branch outside my window, which at the time seemed perfectly normal for Goshen’s winter weather. Next, I began talking to things. My room had been pranked with pictures of Justin Bieber weeks before, and at one point I loopily reached up, stroked a picture of Bieber’s face on the wall, and begged, “Justin, heal me with your magical powers.”

The hallucinations were all that were needed for my mom and grandma to drop what they were doing and drive to Goshen to care for me. I moved out of my campus house and into my relatives’ house, where I was lovingly cared for.  But despite their care, the fevers continued. One miserable day it rose to 105 degrees, and I had an out-of-body experience where I made it my mission to name objects in my bedroom. The picture of the woman on the wall was named “Sandra.” The dead fly in the ceiling lamp was deemed “Aphrodite.” And finally, I decided to get personal with the horrible monster within me. I named my sickness “Vinny the Virus.”

“Vinny” was a fighter. Five doctor visits, four physicians, three rounds of antibiotics and two x-rays later, there was still no diagnosis. They told me not to worry, but my mind thought otherwise.  The Bird Flu? Mad Cow disease? Mennonite inbreeding syndrome?

But finally, a diagnosis! The doctor called one evening to report that a final blood test came back reporting that I had “Atypical Mononucleosis,” or a rare type of mono. I actually found myself rejoicing at the discovery.

After missing over two weeks of classes, I made the difficult decision to return home to Pennsylvania to recover. There, through the magical powers of home-cooking, cat-cuddling and lots of sleeping, my health slowly improved.

I am now back at Goshen after a month of recovery and am currently taking two classes. Though my mono experience has been an unexpected twist to the semester, I’ve taken away a valuable lesson from it. I’ve learned that it’s important to allow yourself to be helped by others, especially when you need it. For me, it took going home and being tucked into bed by my mom to recognize this.

Emily is a third-year social work major with a minor in women’s studies.