Why I love the Super Bowl 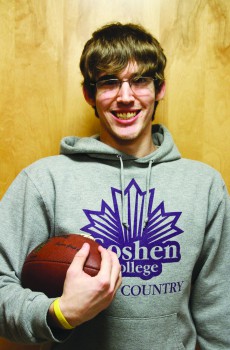 To me, the Super Bowl is more than just a game. The contest is not just big for the players; it’s just as big, if not bigger, for the fans. The Super Bowl is a way to bring people together and it’s an occasion for friends to hang out, whether their favorite team is playing or not. In my opinion, that’s what the Super Bowl is really about.

Some people prefer being in large groups with tons of food and being right in the middle of the action (both social and sports-related).

Others just want to be with a few friends in a laid-back setting, watching the game and eating some pizza. Some hate football but die laughing while watching the commercials and saying how bad the halftime show is. In this way, everyone’s understanding of  the Super Bowl is different.

The game was packed with highs and lows for both teams, and of course, the final decision came down to the last minutes of the game.

When Ahmad Bradshaw rolled backwards into the end zone with 55 seconds on the clock, the room I was in went crazy! There was only one Patriots fan in the room, and he simply didn’t stand a chance against our overwhelming excitement.

Once the Giants won, the lonely Patriots fan walked into his bedroom, closed the door and didn’t come out for the rest of the night. (Later, when we checked on him, he was stuffing his face with cake, trying to console himself.). Meanwhile, the rest of us cheered and danced. That’s the kind of Super Bowl it was this year: the cheering and dancing kind.

What’s going to happen next year? Who will be in it? Will the Giants repeat? We won’t know till then, when all the fun starts all over again. My hope is for the Chicago Bears to go all the way. No matter who is playing in next year’s Super Bowl we all know that it’s going to rock.

We just hope that there aren’t any more halftime shows with wardrobe malfunctions, bad singing (I’m looking at you, Fergie) or tests the next day. On Super Bowl Sunday, it’s about the friends, family and football. That’s why football truly is America’s pastime.