A view into a children’s home 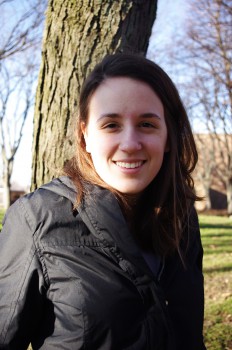 I got an email at the end of September from Bev Lapp telling me about an internship available at Bashor Children’s Home for someone interested in music therapy. As a student beginning my senior year with a music and psychology double major and looking forward to finishing up my credit hours, I jumped at the chance. After a month or so of corresponding with the person who would soon be my supervisor, I found myself walking the campus of this child welfare agency unsure of what I had really gotten myself into.

As my supervisor explained, Bashor was a center for kids who had gotten in trouble with the law. Some had substance abuse issues, most had behavioral issues and a very small group had sexual issues. The kids lived on campus and went to the school there, ate there and spent most of their day there. They had been referred to Bashor by the courts, usually after being in a Juvenile Detention Center, and were expected to stay six months to a year there in hopes that they could finish their treatment and eventually go home. I was to help them go to their activities throughout the day, make sure they were doing their treatment and have one-on-one mentoring times with them.

The age group I worked with was 11- to 14-year-old boys, and unlike the rest of the residents on campus, these kids were sent to Bashor due to behavioral and sexual issues. Their program was extremely structured with every single detail of the day planned out. They were under constant surveillance, unable to misbehave without a supervisor knowing. At first, I was apprehensive about working with a group like this, wary of what they would do and how they would act around me.  However, I soon found that they were incredible kids, and I began to really enjoy the time I spent with them. They were fun, energetic and creative, and the hours of my internship flew by as I spent my days there acting as a mentor and resource to them.

There were many moments, though, that were incredibly frustrating, confusing and sad. By my second week there, I had seen almost every resident on different occasions become angry or violent due to a small issue or explode at a supervisor who was trying to help them. I was totally baffled at these sudden changes in mood, and it was difficult to calm the residents down or get them to think about the situation differently. I blamed it on their personalities and wrote it off as them just trying to get attention, but I soon learned that this was not the case at all.

One day, my supervisor allowed me to read some of the residents’ psych evaluations, and what I read shocked me. The experiences some of these kids had growing up were way too heavy for them to deal with at such a young age. I learned that by the age of 12, one of my favorite residents had experienced 22 of the top 25 major stressors for a child, including sexual molestation, physical abuse, and loss of a parent. In reading these reports, it soon became clear that the anger and trust issues I experienced daily with these kids were not merely just their personalities but a result of all the issues they had experienced in their lives. They had to learn how to cope with grown-up, difficult situations without any guidance, and often it resulted in self-destructive behavior. I began looking at the residents in a different light, and instead of experiencing the impatience I knew before with them I began to recognize the incredible improvements these kids were making in their lives.

I finished my internship there at the beginning of December. I was excited to be done with my hours, but it was sad to think that I would probably never see any of these kids again. My last experience there was certainly the most meaningful. I shadowed my supervisor as he went to court for a hearing with one of the residents who I’ll call John. In the testimony John’s father provided on the stand, he recounted John’s previous volatile behavior and how unhappy and angry John had been two years ago. As he continued, he began to cry as he told of how proud of was of his son these days – how John was making mature decisions and instead of acting out he was handling situations thoughtfully. He closed by saying that John had taught his family so much about life in the past year and how thankful he was that his son was able to go to Bashor. In the same way, I felt thankful, too. The residents and the workers at Bashor taught me about a kind of love and patience that I had never quite experienced, and I realized that Bashor hadn’t been just an internship for me, but a truly meaningful life experience.