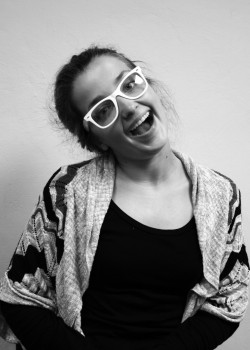 It took me three years and 5,176 miles to realize the magnitude of my parents’ sacrifice for me and my brother Victor.
I was born in Skopje, the capital of Macedonia, into a family of four: one brother, a year older than I, and two wonderful parents. My childhood was not the most financially prosperous time for our family. The four of us lived in a 480-square-foot apartment with one bedroom, a tiny bathroom and a living room that, besides the white sofa and the 15-inch TV, had a dish sink and a few cabinets that we called our “kitchen.” We could not afford new clothes every season, so we had to use the clothing that our relatives outgrew.
The lack of money, however, did not affect the abundance of happiness and love among us. With the little money left each month, we used to go to the amusement park. We always went straight to the bumper car arena, eagerly waiting for the end of the round so we could dash toward our favorite car, trying to beat the other kids who were doing the same. We enjoyed the long walks back to the apartment, laughing every time my dad would pull his shorts
high enough to emphasize his big, perfectly round belly while ignoring my mom’s playful remarks that he was still just a kid.
I vividly remember the nights when my mom would sit beside our bed, patiently listening to me and my brother rambling about our day’s adventures, prolonging her long night of studying for her medical degree just so she could share a few more moments with us. The sacrifices continued when my dad had to put up with his horrible boss to keep his job and worked hard to become the general manager of Ford in Macedonia.
One of the hardest sacrifices they made, however, was letting go of me and my brother so that we could have a better future. At the age of 16, Victor came to the United States to play basketball. I followed in his footsteps a year later when I went to New York to finish my senior year of high school. After graduation, we both continued our undergraduate studies in the U.S. Since then, my parents get up at 5:30 every morning and go to bed way past midnight, working more than 12 hours a day just so they can afford the expensive college tuition and give us a chance for a brighter future. Since then, we’ve gotten used to the stressful tuition due dates, online Christmas celebrations, weekly Skype conversations and short summer visits.
My parents’ desire for our successful life comes with a price: the distance that separates us from being a “real family.” That same distance that will open doors to a better future is a distance that requires a sacrifice that no one else, except one’s own parents, is willing to pay.
–By Bojana Jankova, junior, public relations major