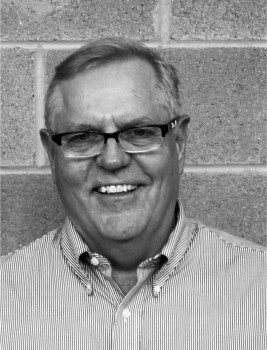 Allan Kauffman, the Democratic incumbent, defeated the Republican challenger, Don Riegsecker, in a race for an unprecedented fourth term as mayor of Goshen. Kauffman pledged to serve the four-year term and then retire.

At 6 a.m. on Tuesday morning, the Goshen community began casting their ballots for federal offices. By 9 a.m., hundreds of votes had already been cast at 19 precincts in five districts within the city limits.  By the 6 p.m. closing hour, 6,223 votes for mayor had been cast out of the 29,000 people who reside within Goshen city limits.

This represents nearly a 30 percent jump in voter turnout from the 2007 election. Many of those votes were cast by Goshen College students.

So, when Nov. 8 rolled around, many students traveled to their assigned precinct to show their dedication to the Goshen community.

Joel Kawira, a first-time voter and sophomore at Goshen College, registered to vote in December but did not feel compelled to vote until very recently.

“The former Democratic mayor came and rang my doorbell today [Tuesday],” said Kawira. “He said ‘Yo, if you haven’t voted yet you should’ and told me how important the election today was.”

Kawira, aware of the arguments of both parties involving both the Goshen community and Goshen College, left his home to cast his ballot at the nearby Greencroft precinct shortly after the unexpected door-to-door political visit.

Another first time voter, Sara Klassen, a sophomore at Goshen College and life-long Goshen resident, also found the political discussion leading up to the election an inspiration to cast her first ballot.

“The debate surrounding the election made me want to get involved,” said Klassen. “It was exciting to give my voice for the first time. I have a say in this.”

Although this year’s political campaign is what some people are calling the nastiest.